U.S. Secretary of State Mike Pompeo said the Trump administration is working to determine what level of American military forces is needed in West Africa to counter the rise of extremist violence in the region. 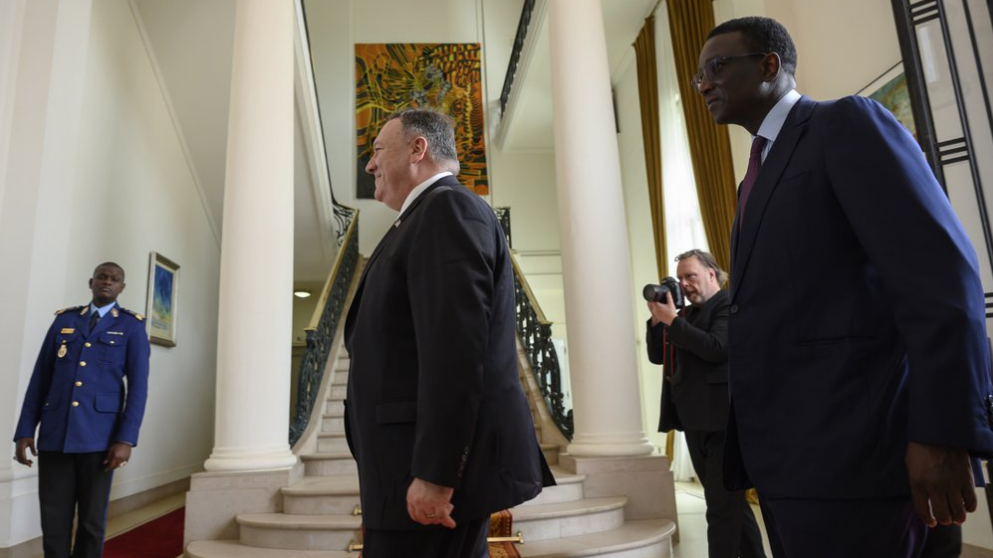 Speaking at the end of his visit to Senegal, Pompeo said he discussed the issue of the U.S. military presence in West Africa with President Macky Sall amid reports that the Trump administration intends to reduce troops in Africa.

"We did have a lot of conversation about security issues here, about America's role in those. We've made it clear that the Department of Defense is looking at West Africa to make sure we have our force levels right," Pompeo said to reporters Sunday. "I was here as CIA director, so I know these security issues very, very well. We'll get it right, we'll get it right collectively; I'm convinced of that."

Pompeo said the U.S. will work with Senegal, other West African countries and France to counter the growing threat of extremist violence

"We have an obligation to get security right here, in the region – it's what will permit economic growth and we're determined to do that," Pompeo said. "And I'm convinced that when our review is done, we'll have a conversation with not just Senegal, but all the countries in the region ... We'll deliver an outcome that works for all of us.”

Senegal's Foreign Minister Amadou Ba confirmed that West Africa is concerned about the extremist violence that is spreading in West Africa.

"Terrorism has no border, and it is very costly," said Ba at the news conference with Pompeo. He said that Senegal and the region wants continued military support from the U.S.

Pompeo came to Senegal to start his tour of Africa, the first U.S. Cabinet official to visit in more than 18 months. He left Senegal Sunday to go to Angola and after that will travel to Ethiopia as the Trump administration tries to counter the growing interest of China, Russia and other global powers in Africa and its booming young population of more than 1.2 billion.

In Angola, an oil-rich country whose people remain impoverished, Pompeo will meet with President Joao Lourenco, who is making strides against corruption, including actions against close relatives of the former leader.

Then Pompeo heads to Ethiopia, Africa's second-most populous nation with more than 100 million people and the headquarters of the African Union.

Ethiopia, a key U.S. security ally in the Horn of Africa, has undergone dramatic political reforms since Nobel Peace Prize-winning Prime Minister Abiy Ahmed took office in 2018. The loosening of repressive measures has been exploited by some with long-held grievances, leading to sometimes violent ethnic tensions that threaten a national election later this year.