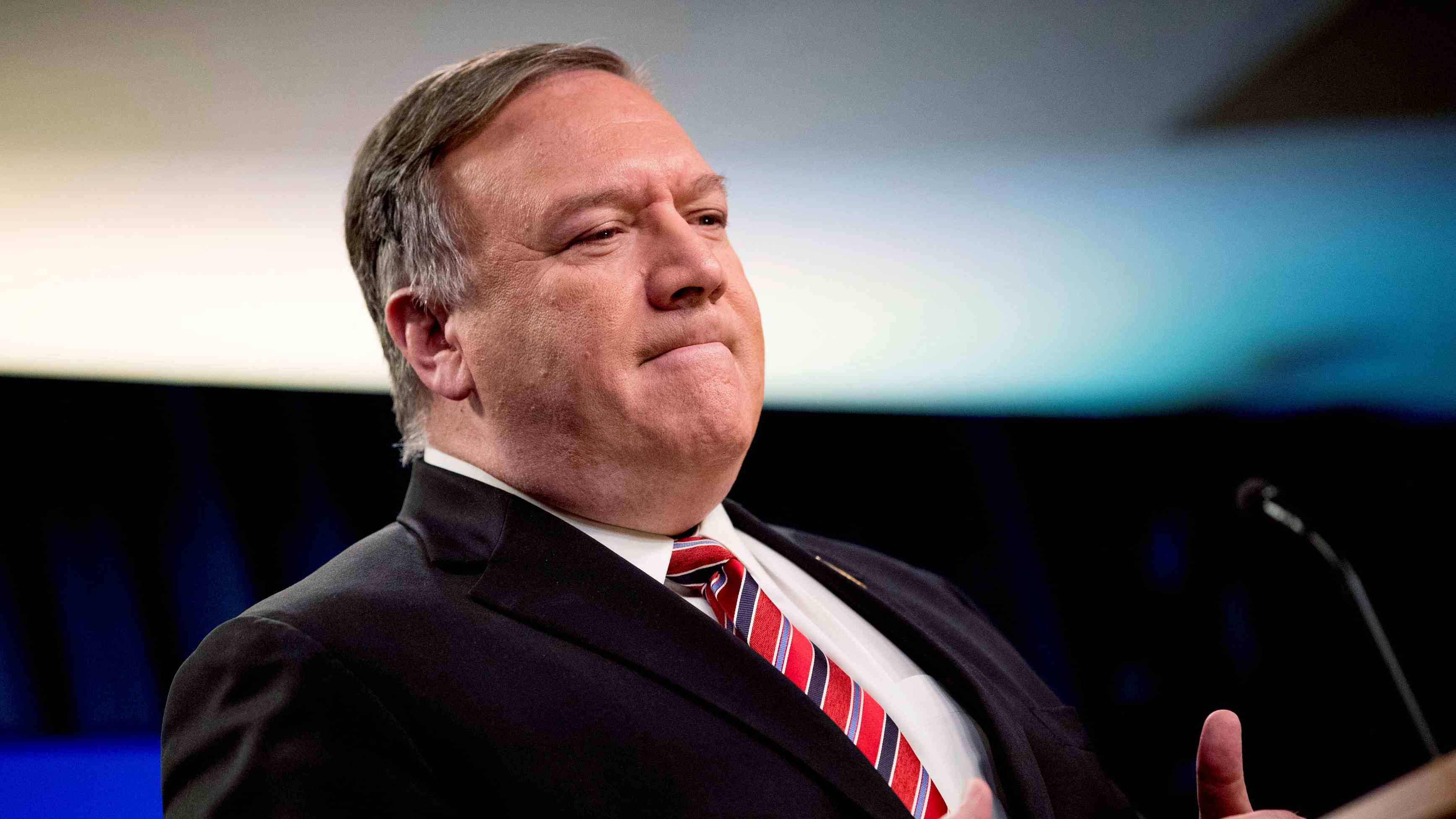 US Secretary of State Mike Pompeo pauses while speaking at a news conference at the State Department, in Washington, US, April 29, 2020. (Photo: Agencies)

"We think those were accidental. South Koreans did return fire. So far as we can tell, there was no loss of life on either side," he said in an interview with ABC News' "This Week" on Sunday.

The ROK responded by firing two shots toward the DPRK and issued broadcast warnings, the ROK's Joint Chiefs of Staff (JCS) said in an statement, adding that no casualties or damage to ROK facilities were reported.

The incident took place the day followed the disappearance of DPRK leader Kim Jong Un in the public view for 20 days. He was reported by the state news agency KCNA on Saturday with images and video footage showing Kim attending a ribbon-cutting ceremony of a fertilizer plant in Sunchon, South Pyongan Province.

"There's not much that I can share with you about what we knew about Chairman Kim's activities during that time. We don't know why he chose to miss that moment," he said, referring to a no-show of the DPRK leader on the April 15 birth anniversary of DPRK's founder Kim Il Sung.

The gunfire exchange is the first one in the years between the DPRK and the ROK, which a Seoul official said "did not appear to be intentional" according to the Yonhap. However, the ROK military authorities noted that it still breached a 2018 inter-Korean military pact for promoting border peace.

Yonhap said that ROK called for an explanation of the incident but the DPRK has not responded yet.

"We've not received any response from the North Korean side," ROK Defense Ministry spokesperson Choi Hyun-soo told a regular briefing, according to the Yonhap.

On other issues, the U.S. diplomat also expressed concerns that the recent tension at the inter-Korean border could potentially undermine the administration's efforts in resuming denuclearization talks with the DPRK.

"That's been something President [Donald] Trump's been focused on since the beginning of his time in office and something we'll continue to work on," added the top diplomat.