WASHINGTON, Oct. 23 (Xinhua) - US Secretary of State Mike Pompeo spoke by phone twice in two days with Mexican Foreign Secretary Luis Videgaray to discuss the caravan of asylum-seeking migrants heading toward the United States, said the US State Department on Tuesday. 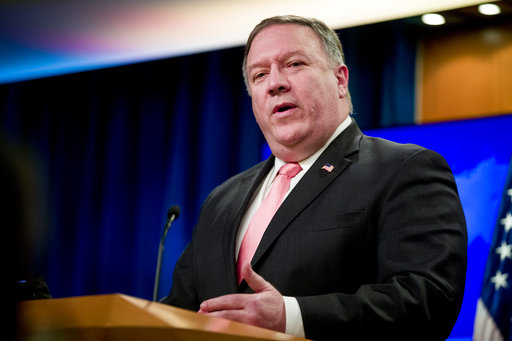 Pompeo and Videgaray talked on Monday and Tuesday about Mexico's efforts to address the migrant caravan, mostly people from Honduras escaping hunger and violence, said the department in a statement.

"We urge timely action on their part," Pompeo told reporters, referring to his talks with Videgaray.

The top US diplomat also vowed that "the caravan will not cross our southern border illegally under any circumstances."

Over the weekend, thousands of migrants from Central America, mostly from Honduras, have swarmed into Mexico after passing the Guatemalan border. Media reported that Mexican police, watching vigilantly alongside, did not disturb the migrants' journey.

The Mexican government estimated on Tuesday that there are around 4,500 people in the group, pausing in southern Mexico for their planned journey toward the United States.