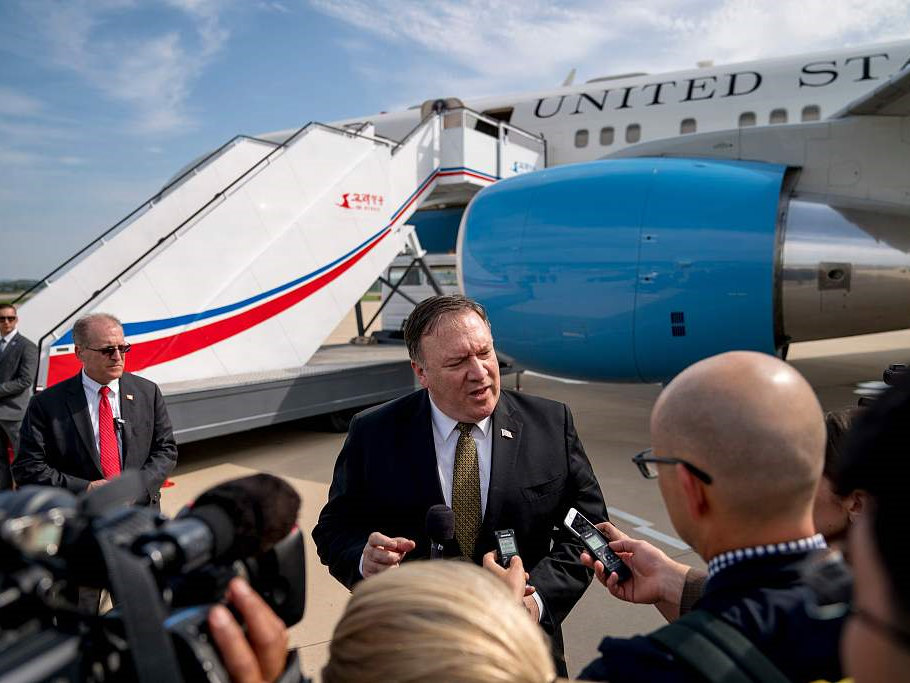 US Secretary of State Mike Pompeo will hold a meeting with a visiting senior official from the Democratic People's Republic of Korea (DPRK) in New York on Thursday, the US State Department said on Monday.

Pompeo will meet with Kim Yong-chol, vice chairman of the ruling Workers' Party of Korea (WPK) Central Committee. The two are expected to discuss "making progress on all four pillars of the Singapore Summit joint statement," said the department spokesperson Heather Nauert in a statement.Pompeo himself revealed in a Sunday interview that he expected some "real progress" in talks with Kim, including "an effort to make sure that the summit between the two leaders can take place."The top US diplomat said last week in another interview that Washington had the intention of having the leaders of the two sides "getting together before too long, hopefully early in the next year."Pompeo described the planned second meeting between US President Donald Trump and DPRK top leader Kim Jong-un as a chance of making a "substantial breakthrough" in the denuclearization on the Korean peninsula.The first-ever DPRK-US summit was held in Singapore on June 12. According to a joint statement signed by Trump and Kim, the United States would provide a security guarantee to the DPRK in return for Pyongyang's commitment to denuclearization.Following the leaders' meeting, the US-DPRK talks were once stuck in an impasse due to differences over the scale of denuclearization, US sanctions, and whether to issue a war-ending declaration.