US Secretary of State Mike Pompeo is set to visit eight Middle East countries in the following weeks, a trip scheduled amid rising uncertainty and complexity in the region following the decision of US troop withdrawal from Syria. 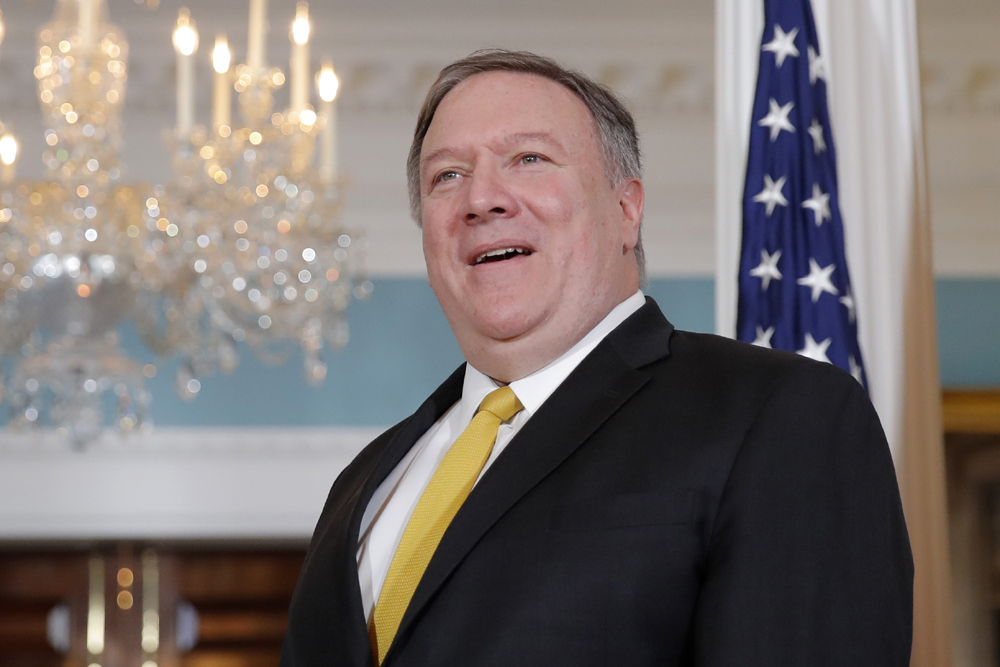 Pompeo was expected to use the opportunity to assure the allies about US commitment in the region, a mission not easy to fulfill.

Pompeo will kick off his eight-day trip on Monday to visit Jordan, Egypt, Bahrain, the United Arab Emirates (UAE), Qatar, Saudi Arabia, Oman and Kuwait, said the US State Department in a statement on Friday.

The visit will center on two "themes," which were reinforcing commitment to the region after its Syria decision and countering Iran's "destabilizing activities," senior State Department officials told reporters at a telephone briefing Friday.

"We are not going anywhere," said one official, who talked on the condition of anonymity.

The Trump administration announced in late December that it had started returning the US troops home from Syria after claiming a victory in the fight against the Islamic State (IS), a move rattling its allies and partners in the Middle East and leading to the departure of key administration officials.

Following the abrupt announcement, no detailed timetable about the withdrawal has been exposed to public, while US President Donald Trump himself later changed his tone on the issue, claiming a slow retreat "over a period of time."

"We have no timeline for our military forces to withdraw from Syria," said another official during the briefing, adding that it will be done "in a deliberate, heavily coordinated way."

Meanwhile, the officials shunned away from the much discussed possibility of the United States organizing groups of troops from Arab countries to go to Syria, saying that they have no plans "right now" about that.

The officials also revealed that Pompeo will raise the case of Saudi journalist Jamal Khashoggi during his talks with Saudi leaders, seeking "accountability and credibility."

Khashoggi was murdered inside the Saudi consulate in Turkey in October 2018 and a number of top Saudi officials were arrested over the case.

It has been noticed that Pompeo covers all the six countries of the Gulf Cooperation Council (GCC) in one trip, an itinerary described as "highly unusual" by the officials.

Washington has long hoped to end the rift among the GCC countries, comprising Saudi Arabia, the UAE, Kuwait, Bahrain, Oman and Qatar, and form a unity against Iran, which the Unites States declared as a "key threat" in the region.

Pompeo's trip will work to "build confidence among the blockading countries and Qatar," said the officials.

Saudi Arabia, the UAE, Bahrain and Egypt have been imposing a diplomatic and economic boycott on Qatar since June 2017 over allegations that the gas-rich Gulf country supports terrorism and interferes in their domestic affairs, which Doha has repeatedly denied.

Little sign of reconciliation has been seen among the conflicting sides.

Pompeo will convene two strategic dialogues throughout the trip, one in Doha, the capital city of Qatar, and one in Kuwait, according to the officials.