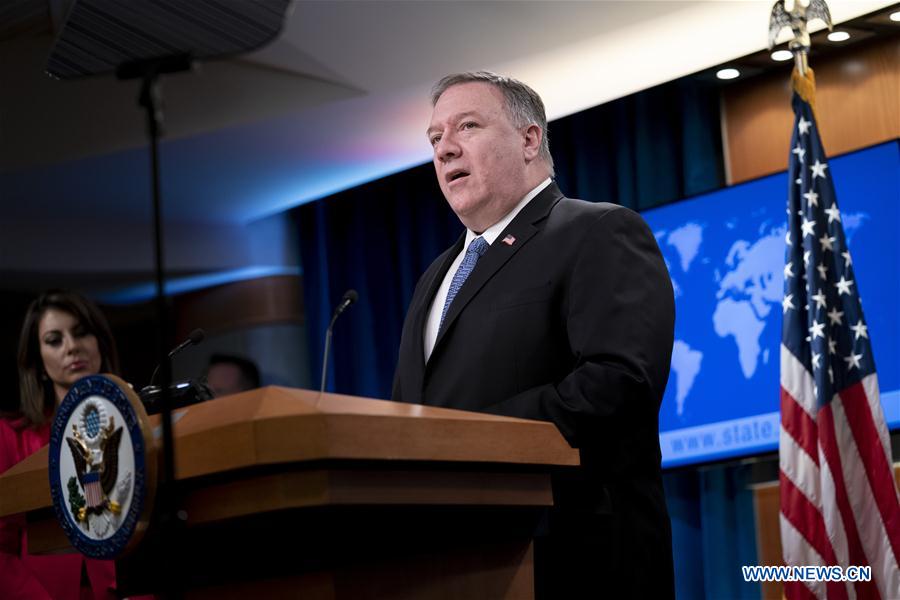 "The upsurge in violence in parts of Afghanistan over the last couple days is unacceptable," Pompeo said at a State Department briefing, adding that violence must be reduced immediately for the peace process to move forward.

Pompeo also noted that the United States would continue to "press all sides to stop posturing, start a practical discussion about prisoner releases, and prepare for the upcoming intra-Afghan negotiations."

On Feb. 29, Taliban's political chief Mullah Abdul Ghani Baradar and U.S. Special Representative for Afghan Reconciliation Zalmay Khalilzad signed a peace deal in Doha, Qatar. But the violence in the conflict-stricken country broke out again as the ink was barely dry on the agreement.

At least 16 people including militants, security personnel and civilians have been killed over the past 24 hours in Afghanistan amid the reported resumption of fighting by the Taliban fighters, Afghan officials said Thursday.

On Wednesday, the U.S. forces in Afghanistan conducted an airstrike targeting Taliban militants in southern Helmand province, the first raid after the U.S.-Taliban deal was signed. The raid came hours after U.S. President Donald Trump spoke with the deputy leader of the Taliban, Mullah Abdul Ghani Baradar, in what he described as a "good conversation."