WORLD Pompeo: US troop withdrawal from Syria will happen

Pompeo: US troop withdrawal from Syria will happen 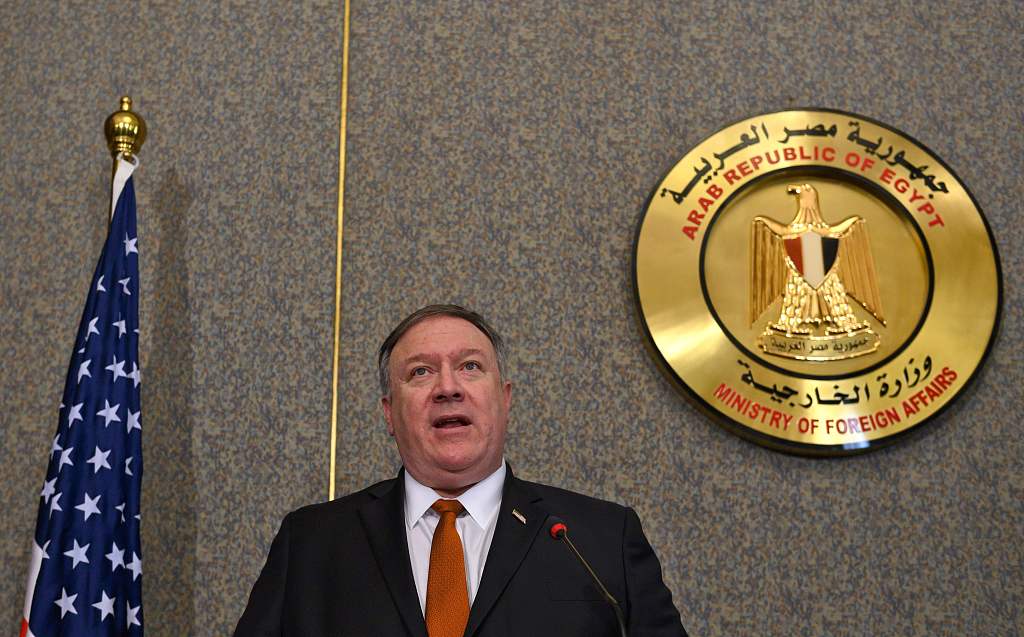 US Secretary of State Mike Pompeo holds a joint press conference with his Egyptian counterpart following their meeting at the ministry of foreign affairs in Cairo on January 10, 2019. (Photo: VCG)

Secretary of State Mike Pompeo said Thursday that a full US troop withdrawal from Syria announced by President Donald Trump last month will go ahead despite widespread criticism.

The US top diplomat made his remarks while on a whistlestop tour of the Middle East to address the concerns of regional allies about the surprise pullout plan.

"President Trump's decision to withdraw our troops has been made. We will do that," Pompeo told a joint press conference in Cairo with Egyptian Foreign Minister Sameh Shoukry.

Earlier this week, US National Security Advisor John Bolton laid out conditions for the pullout, including the defeat of the Islamic State group in Syria and gurantees for the safety of Washington's Kurdish allies in the campaign, who have been threatened with an imminent offensive by Turkey.

Bolton's comments were widely seen as backtracking on Trump's announcement.

But Pompeo insisted the two statements were entirely consistent.

"There is no contradiction whatsoever. This is a story made up by the media," said Pompeo, underscoring Washington's continuing commitment to preventing any resurgence by IS.

From Cairo, Pompeo is scheduled to head to the capitals of the six Gulf Arab states to make his case.