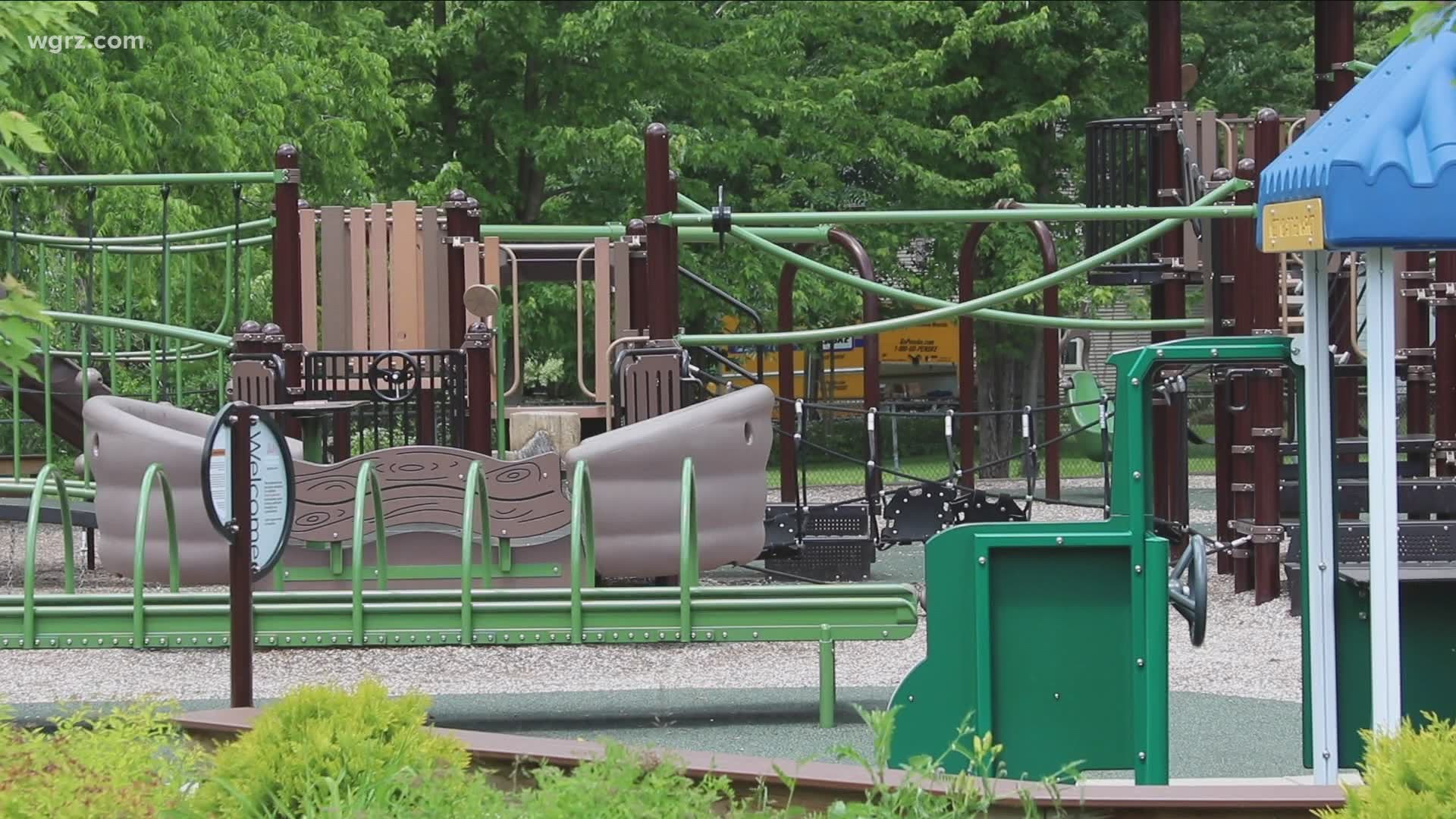 Local governments "have to use their judgment here," said Cuomo at his daily briefing. "Everybody wants to swim, I understand. Everybody doesn't want to see a spike in COVID again. Sometimes 'yes' is not the right answer."

Cuomo said local authorities need to track COVID-19 infections on a daily basis to guide their actions. "If the positives are in a cluster, a neighborhood that has that pool, don't open the pool," he said.

Five regions in the state are set to enter phase three of reopening on Friday, allowing indoor dining in restaurants and personal care services to resume.

Central New York, Finger Lakes, Mohawk Valley, North Country and Southern Tier, all in upstate New York, were the first batch in the state to start reopening process on May 15.

"This COVID has not gone away," said Cuomo, adding that new cases are increasing in over 20 states after their reopening.

The total COVID-19 cases in the United States surpassed 2 million on Wednesday night. According to The Washington Post, since the start of June, more than a dozen U.S. states, including Texas and California, have recorded their highest-ever seven-day average of new cases, partly caused by the protests for racial justice that have swept the country in the past two weeks.

The governor said he is not clear how protests will affect New York's trend of infections, though currently the total hospitalizations are down and the daily death toll is near the lowest point at 36.

A total of 736 new COVID-19 cases were confirmed in the state on Wednesday, bringing the statewide total to 380,892, according to the local government.