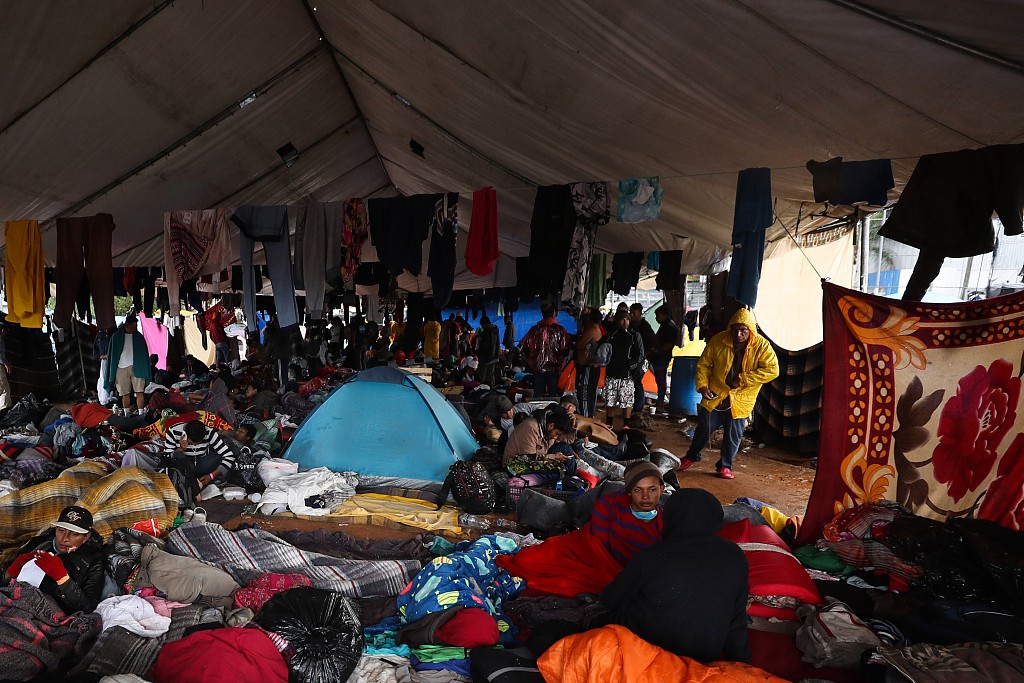 More than 2,100 migrants camped in shelters along the US-Mexico border have been diagnosed with respiratory infections, raising concerns among Mexican health authorities and international humanitarian organizations. (Photos: VCG) 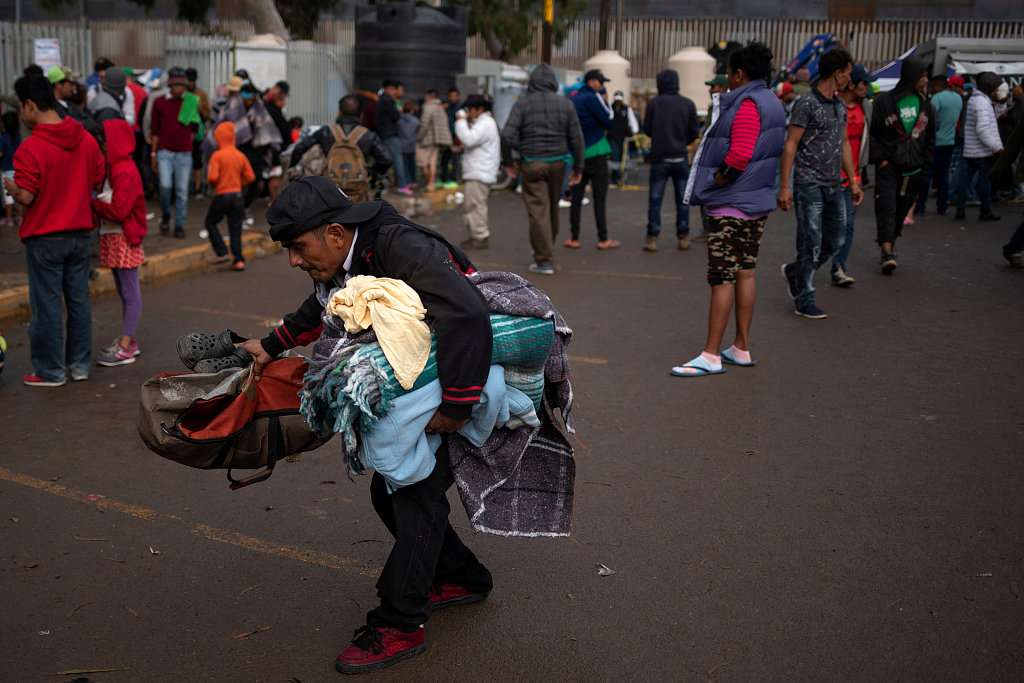 Mexican government officials in Tijuana reported that they have met and treated more than 3,600 migrants who are part of the controversial caravan that began in Honduras last month en route to the southern border. 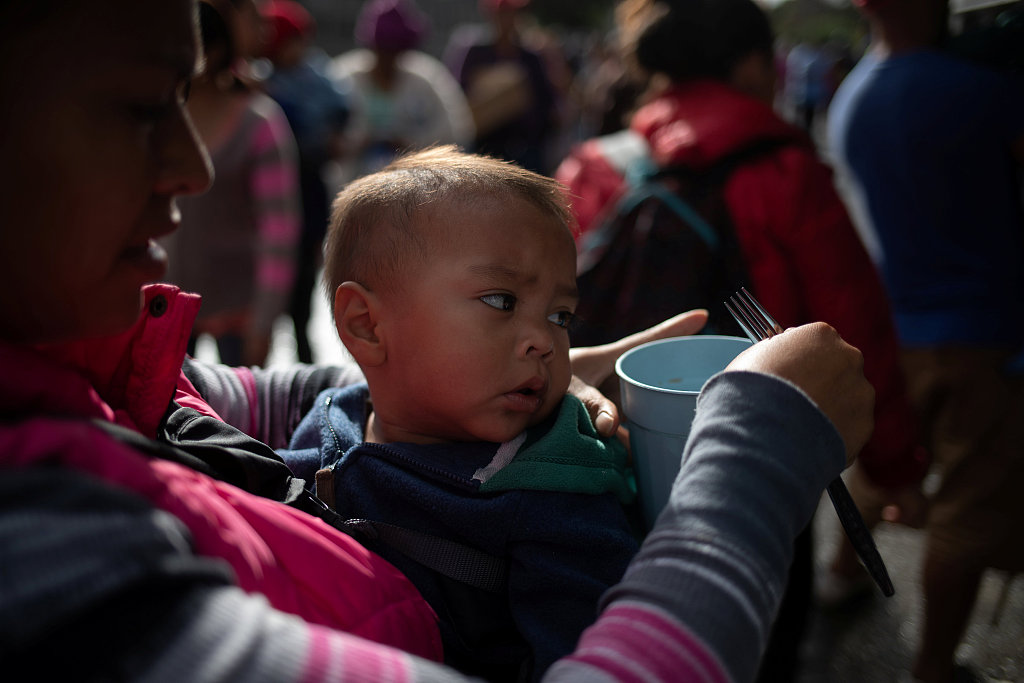 The migrants are being temporarily housed in two locations along the US-Mexico border, with many seeking asylum in the United States. 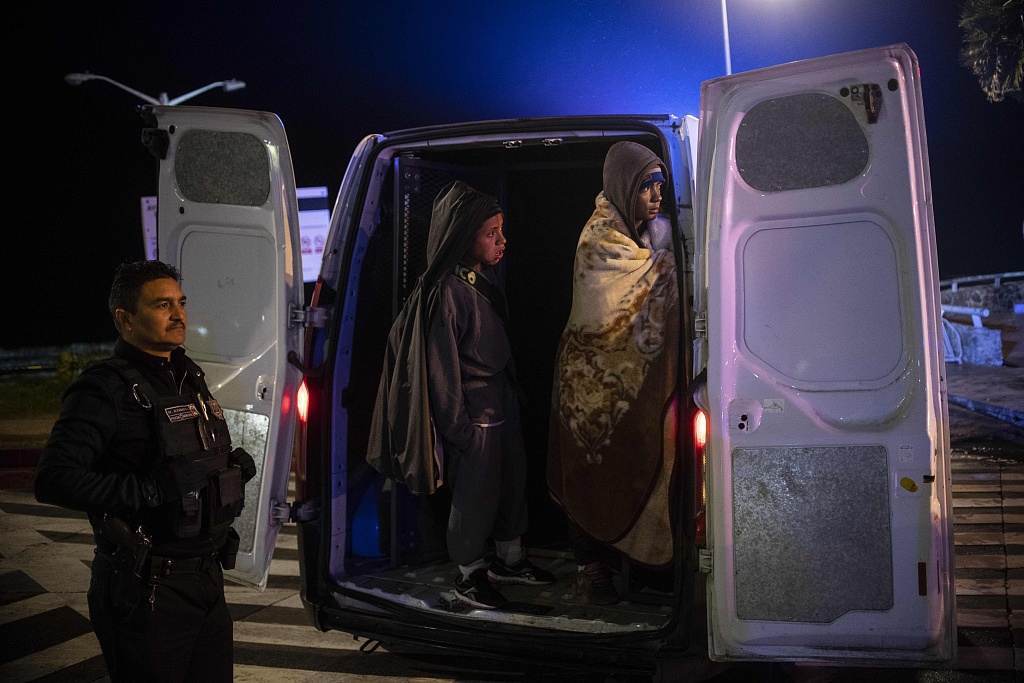 Tijuana police relocate Central American migrants from Tijuana beach to a temporary shelter in Tijuana, Baja California State, Mexico, near the border with the US, on November 29, 2018. 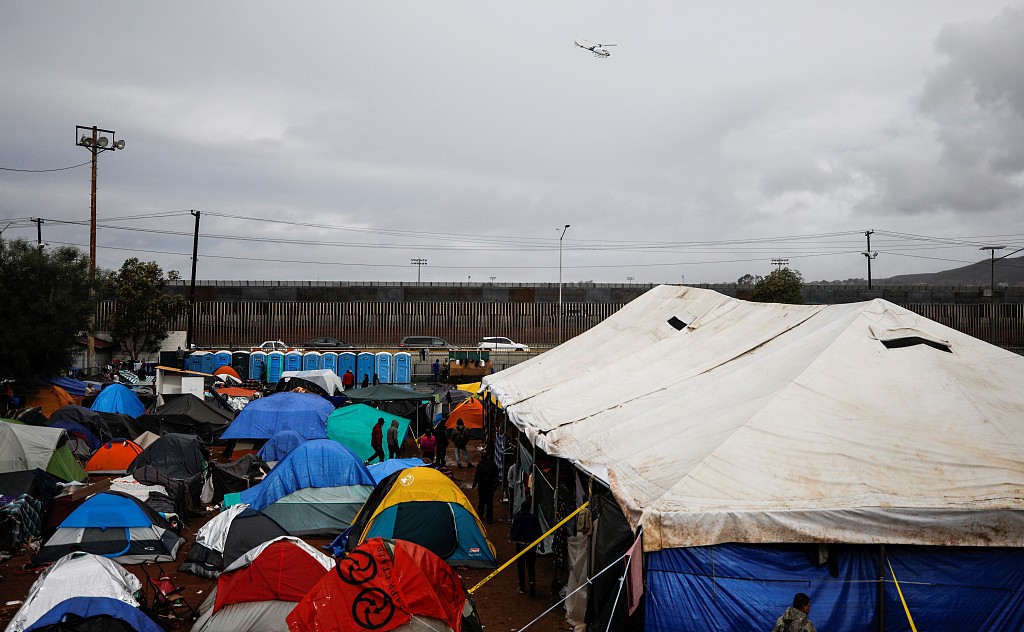 US Border Patrol helicopter flies around a shelter at the Benito Juarez Sports unit during where thousands of migrants demand better conditions and push to enter the US in Tijuana, Mexico on November 29, 2018. 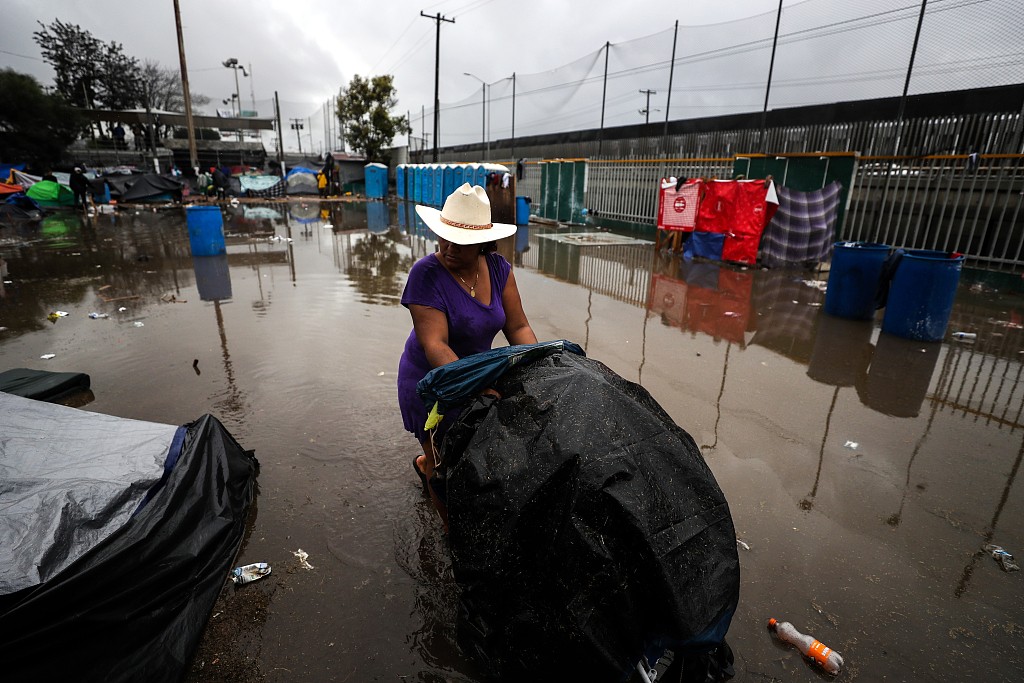 A migrant woman pushes a stroller through flood waters during the heavy rain at Benito Juarez Sports unit where thousands of migrants demand better conditions and push to enter the US in Tijuana, Mexico on November 29, 2018.