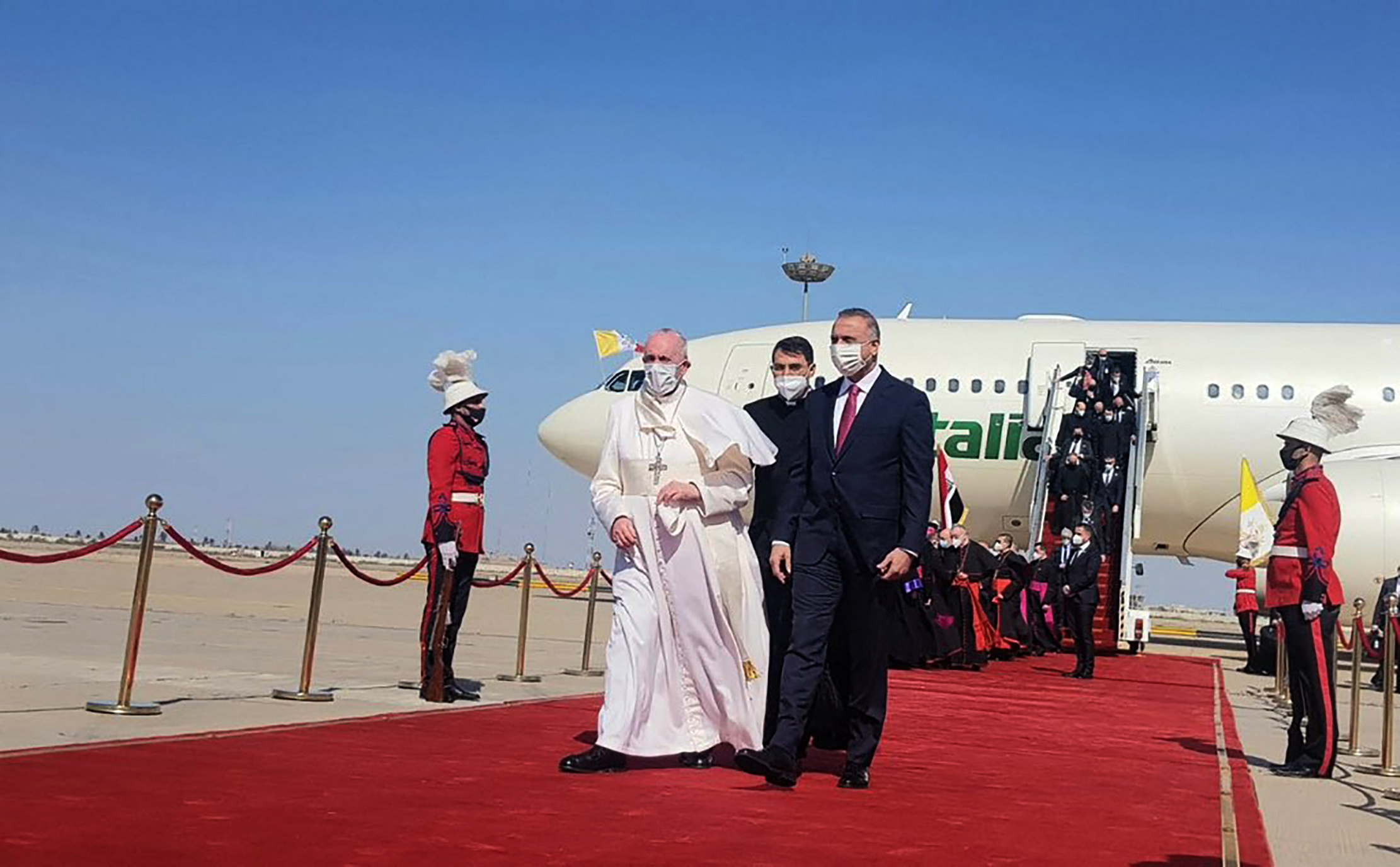 Pope Francis landed in Baghdad on Friday, defying security and pandemic fears, saying he felt duty-bound to visit because Iraq had suffered so much for so long.

The 84-year-old, who described himself as a "pilgrim of peace," will also reach out to Shiite Muslims when he meets Iraq's top cleric, Grand Ayatollah Ali Sistani.

The leader of the world's 1.3 billion Catholicsleft Rome early on Friday for the four-day trip, his first abroad since the onset of the COVID-19 pandemic.

"I'm happy to resume travel and this symbolic trip is also a duty to a land that has been martyred for years," he told journalists aboard his plane.

His plane landed at 1:55 p.m. local time, waving the flags of both Vatican City and Iraq as it taxied on the tarmac at Baghdad International Airport, where Prime Minister Mustafa al-Kadhimi greeted him.

"With love and peace, Iraq's people and government are welcoming His Holiness Pope Francis and reaffirming the depths of this humanitarian bond," Kadhimi said ahead of the pope's arrival.

While Francis has been vaccinated, Iraq has been gripped by a second wave of infection, recording more than 5,000 new cases a day, prompting authorities to impose a full lockdown during the pontiff's visit.

"I'll try to follow directions and not shake hands with everyone," Francis said.

The pope will travel more than 1,400 kilometers in Iraq by plane and helicopter, flying over areas where security forces are still battling remnants of the so-called Islamic State (ISIL) to preside over socially distanced services during the visit.