WORLD Portland police arrest around 100 amid new wave of protests

Portland police arrest around 100 amid new wave of protests

The police in Portland in the U.S. state of Oregon arrested about 100 protesters on Friday night amid a new wave of protests over the death of George Floyd. 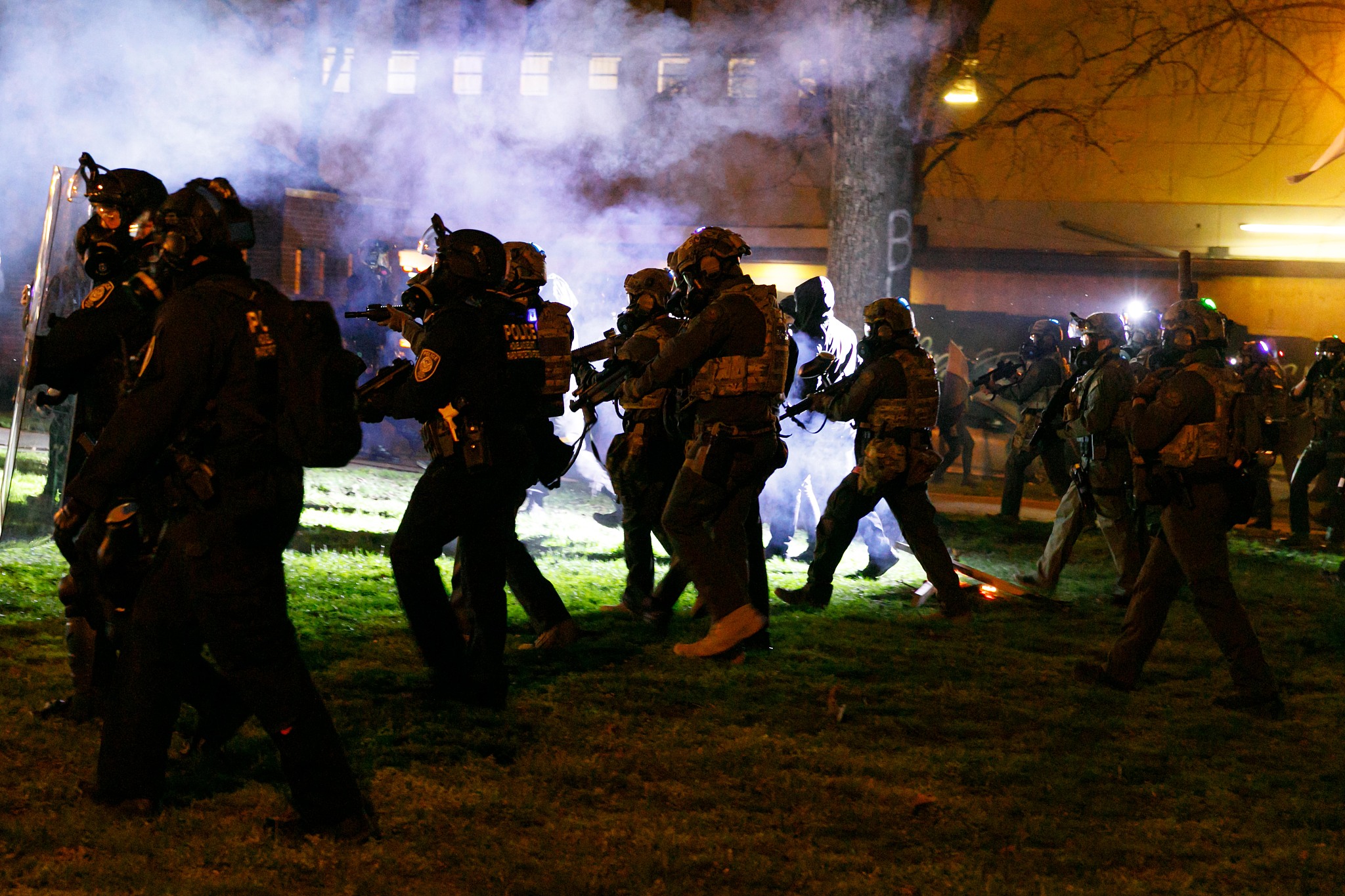 Local police said on Saturday that a group of protesters began marching in northwest Portland and blocked traffic at 9 p.m. on Friday. Some began breaking building windows shortly after.

Thirteen individuals have been charged with committing crimes, the police said.