LISBON, Feb. 9 (Xinhua) -- The Portuguese post office CTT on Friday issued a set of two commemorative stamps with the first day cover to celebrate the 40th anniversary of the establishment of diplomatic relations between Portugal and China. 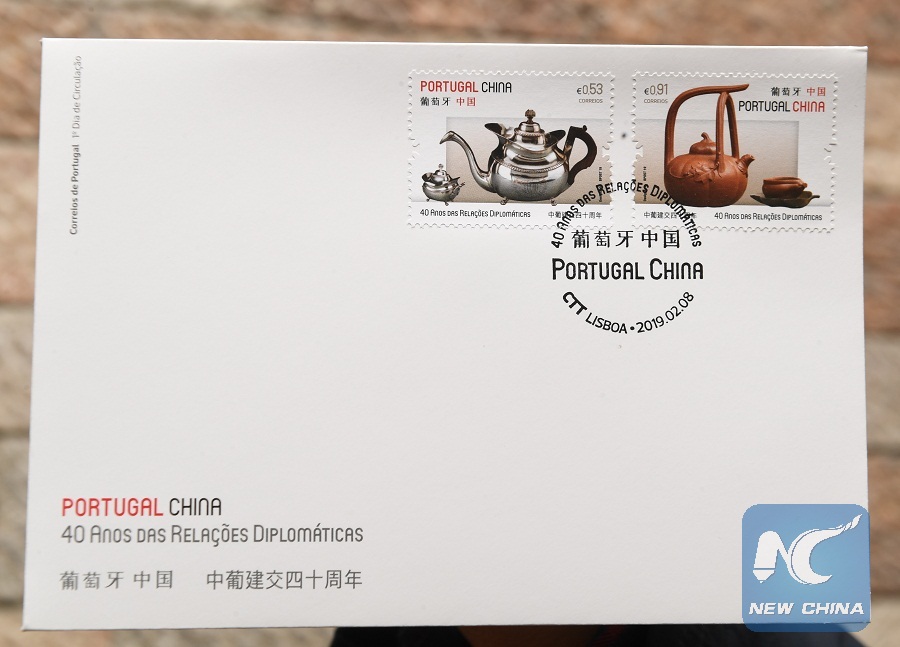 Speaking at a ceremony marking the occasion, CTT CEO Francisco de Lacerda said the Portuguese and Chinese people have a long history of exchanges and profound friendship.

The mutual respect and friendship between the two countries in various fields have fully justified for Portugal and China to jointly issue the commemorative stamps to celebrate the 40th anniversary of the establishment of diplomatic relations, he added.

For his part, Chinese ambassador to Portugal Cai Run said that the issuance of the commemorative stamps will help build a bridge for the communication between the Chinese and Portuguese people, which will further promote the friendship between the two peoples.