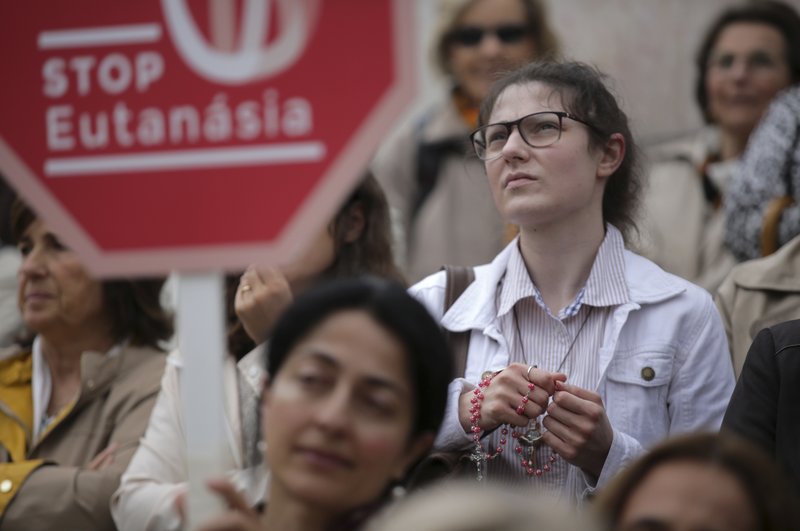 Portuguese lawmakers Tuesday narrowly rejected a proposal to make Portugal one of only a handful of countries in the world allowing euthanasia and doctor-assisted suicide.

After a landmark debate, lawmakers voted to reject four broadly similar bills introduced by left-leaning parties. The bill that came closest to succeeding was the work of the governing Socialist Party, which failed on a 115-110 vote with four abstentions.

Euthanasia — when a doctor kills patients at their request — is legal in Belgium, Canada, Colombia, Luxembourg and the Netherlands. In Switzerland, and some US states, assisted suicide — where patients administer the lethal drug themselves, under medical supervision — is permitted.

The outcome of Portugal’s vote was expected to be close as the two main parties, the Socialists and the main opposition Social Democratic Party, allowed their lawmakers to vote according to their conscience. The two parties have 175 of the 230 members of the Republican Assembly, Portugal’s parliament.

Euthanasia was forced onto the political agenda by a public petition urging its introduction in 2016.

The deeply divisive issue is the latest point of friction between faith and politics in this predominantly Catholic country. The Portuguese parliament, prodded by a series of left-leaning governments determined to bring about what they called a “modernization” of the country, has in recent times voted to permit abortion on demand and same-sex marriage.

Four political parties — the governing center-left Socialist Party, the radical Left Bloc, the Green Party, and the People, Animals, Nature party — have tabled bills proposing euthanasia and doctor-assisted suicide. Inciting or assisting euthanasia is currently punishable by up to three years in prison.

“We have come a long way,” she said after the vote. “So many people now recognize the need to respect people’s end of life choices.”