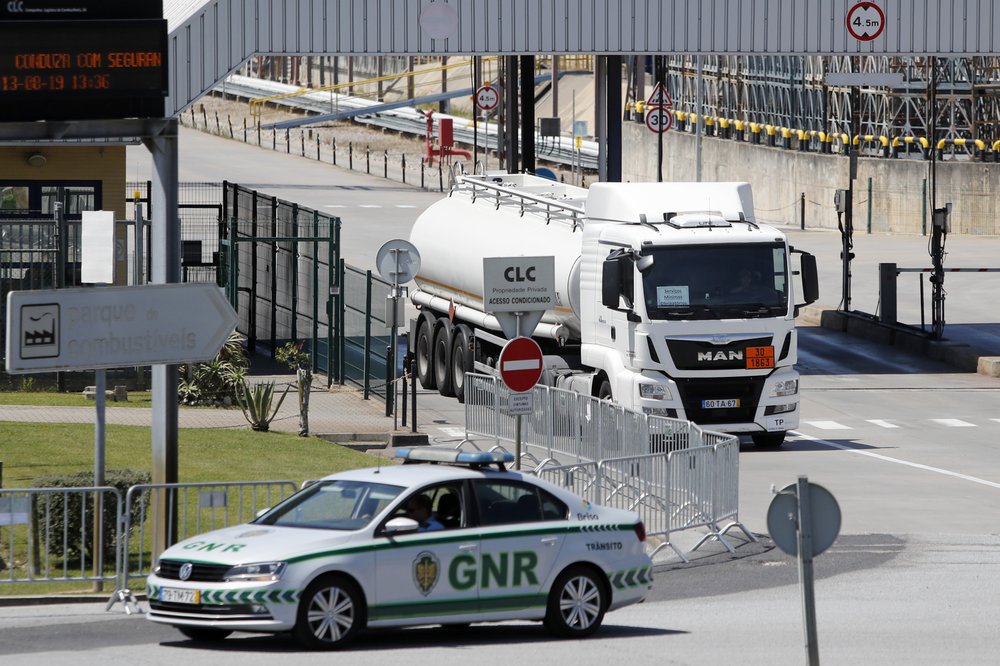 Portugal has so far averted a gas crisis with around two-thirds of the country’s gas stations well-stocked three days into a strike by tanker truck drivers over pay, the government said Wednesday.

Uncertainty remained, however, as employers said they wouldn’t return to the negotiating table while the truckers are on strike, and the truckers’ union said it wouldn’t end the walkout until negotiations resume.

Energy Transition Minister Joao Matos Fernandes said 67 percent of the country’s 3,000-or-so gas stations are supplied, thanks to a government order requiring truckers to deliver a minimum daily amount of fuel in order to keep the country running. Soldiers and police have also made deliveries.

Matos Fernandes said Wednesday was an “absolutely normal day” for deliveries, even though the trade union representing the drivers urged them to defy the government and refuse to provide the mandated minimum.

Matos Fernandes told a news conference there was a three-hour lull in deliveries after the union’s appeal, but that the drivers, who potentially could face two years in prison, then resumed supplies.

Even so, several hundred gas stations have run dry and gas rationing is in place. There is no date for the strike to end.

The strike has come during the peak vacation season and as the harvest of summer staples, such as tomatoes, is coming in.

The walkout was called by the National Hazardous Materials Drivers’ Union, which represents around 750 of the country’s around 900 tanker drivers. The truckers are demanding staggered annual rises over the next three years in their basic pay and benefits. They want their basic pay to increase from 630 euros ($705) a month to 900 euros ($1,007) by 2022.

The center-left Socialist government, which faces a general election in two months, demanded before the strike that truckers provide a minimum volume of supplies, including to emergency services and airports.

The government also insisted that truckers maintain 75% of normal gas deliveries for public transport systems and 50% to gas stations.

Authorities concluded that the truckers were not fully complying with the stipulated minimum of deliveries, so on Monday the government enacted a rarely-used law which makes failure to carry out minimum services punishable by up to two years in prison.

After 11 truckers were served with a summons for alleged failure to comply with the order, union spokesman Pedro Pardal Henriques announced early Wednesday that no truckers would work.

“They won’t do anything,” he said at a picket line. “They’ll need a lot of buses to come and take all of us away.”