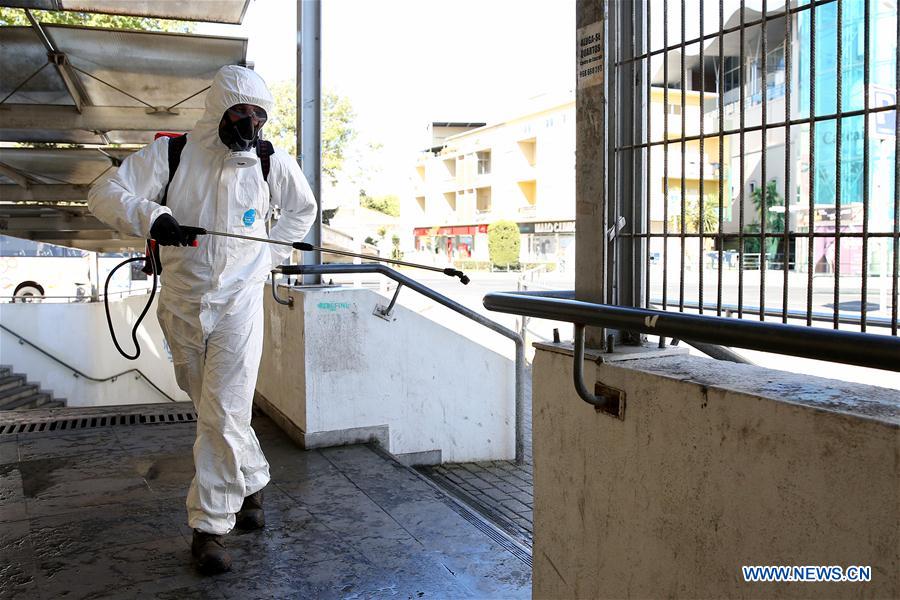 A municipal worker disinfects the stair handrail to stop the spread of the COVID-19 in Cascais, Portugal, March 28, 2020. (Photo: Xinhua)

LISBON, April 16 (Xinhua) -- Portuguese parliament approved on Thursday the second extension of the state of emergency until the next May 2 for another 15 days in Portugal.