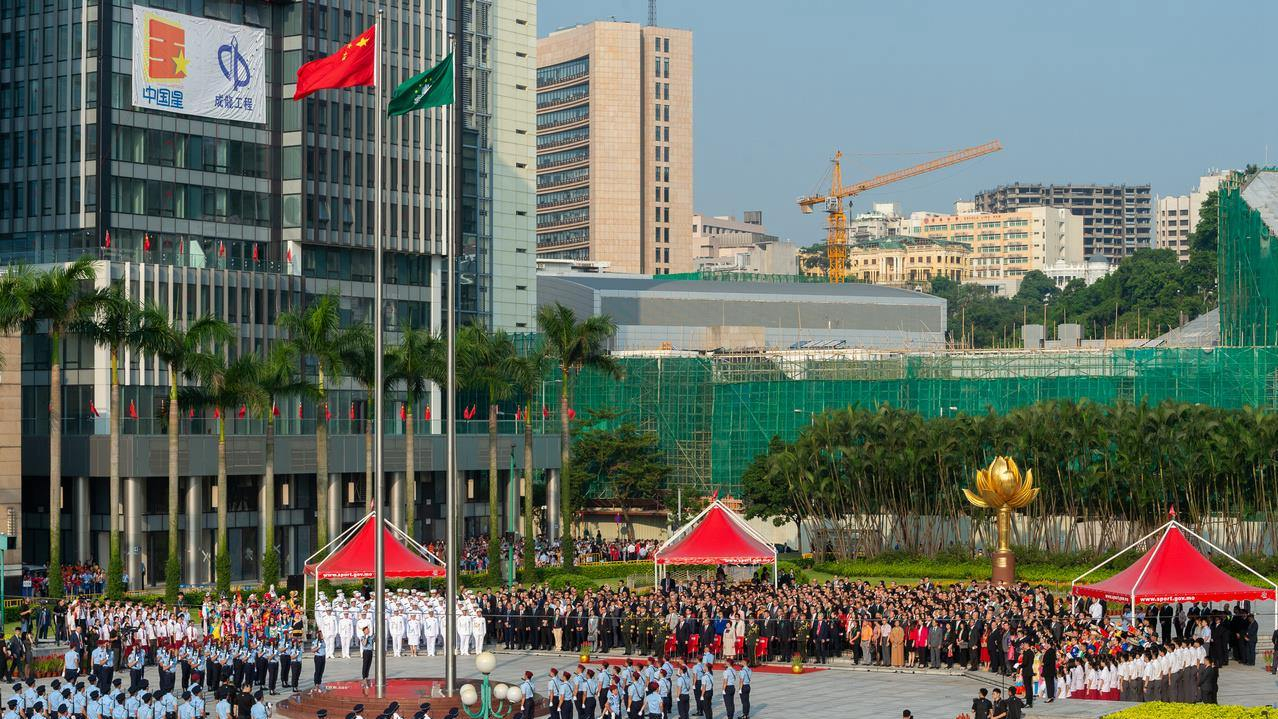 The Macao Special Administrative Region (SAR) government hosts a flag-raising ceremony at the Golden Lotus Square to celebrate the 70th anniversary of the founding of the People's Republic of China, in Macao, China, October 1, 2019. /Photo via Macao SAR government website

"We value the 'One Country, Two Systems' principle," Costa said in a written statement sent to the country's Lusa News Agency on the occasion of the 20th anniversary of the return of Macao to China.

"The principle has allowed Macao and the Macao people to enjoy material and social development, which deserves our appreciation, and has contributed to the maintenance of Macao's specificities," Costa said.

Economic development "has allowed Macao to maintain its own lifestyle and identity and a close connection with our country," he said.

Costa also praised Macao for its important role in promoting the development of Portugal-China relations.

"Portugal has a unique geostrategic positioning and belonging to wider cooperation spaces that enhance its partnerships," he said.

"In this complex network of relationships, Macao will continue to play a major role as a bridge to promote long-term friendship" between Lisbon and Beijing, and as a "platform for economic, commercial and cultural cooperation with Portuguese-speaking countries," he said.

Macao "is a meeting point between many worlds, not only between the West and the East, Europe and Asia, but also between China and the Portuguese-speaking world," he said.

Regarding Macao's return to China, Costa said the event was "constructive and constituted a historic milestone in the consolidation of the friendship and trust relationship" between the two countries.

"Since 1999, we have made progress in a relationship of growing mutual trust in areas such as language, education, culture, justice, tourism, trade and investment," the prime minister said.

Friday marks the 20th anniversary of Macao's return to China. On Dec. 20, 1999, the Chinese government resumed the exercise of sovereignty over Macao and announced the establishment of the Macao Special Administrative Region.