Post-Brexit blue passports to be issued from March: UK govt 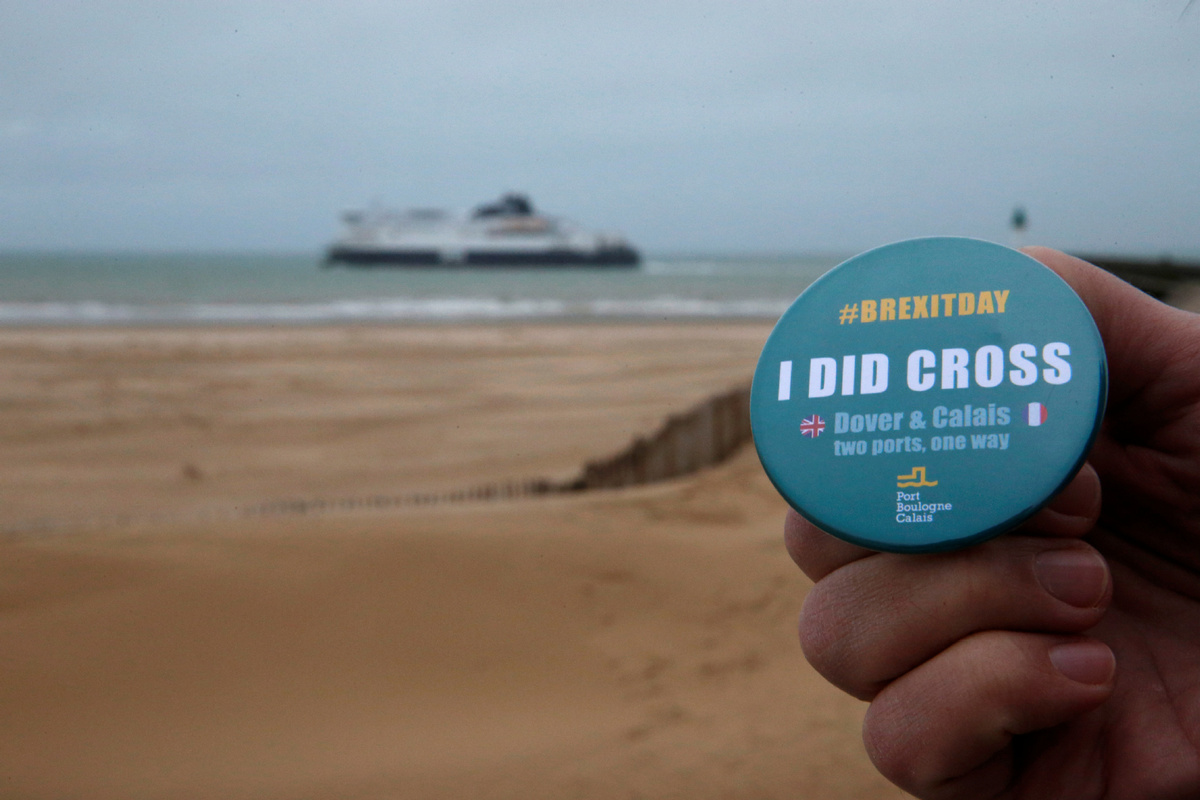 A man poses holding a badge made by the port of Boulogne Calais to mark Brexit day as P&O "Spirit of Britain" leaves for the British port of Dover, in Calais, France, February 1, 2020. (Photo: Agencies)

LONDON -- Britain is expected to re-introduce its blue passports from next month after almost three decades to mark its departure from the European Union (EU), the British government has announced.

Championed by Brexiteers, the distinctive blue cover documents will replace the standard-issue burgundy passports that were rolled out across EU countries from 1988.

The contract to produce the passports was controversially awarded to French firm Thales, but the documents will continue to be personalised with the holder's details back in Britain, local media reported.

As well as the colour change, the back cover will also carry its own symbolic design -- the floral emblems of England, Northern Ireland, Scotland, and Wales embossed.

Blue passports were first used in 1921, and remained the colour of choice until Britain joined the EU (then the European Economic Community) and a change to burgundy was later agreed to harmonise designs across member states.

Britain left the EU on Jan. 31 and entered a transition period ending on Dec. 31, which was designed for negotiators from both sides to forge a trade arrangement.