WORLD Poverty alleviation has been central to UNDP's cooperation with China

Poverty alleviation has been central to UNDP's cooperation with China 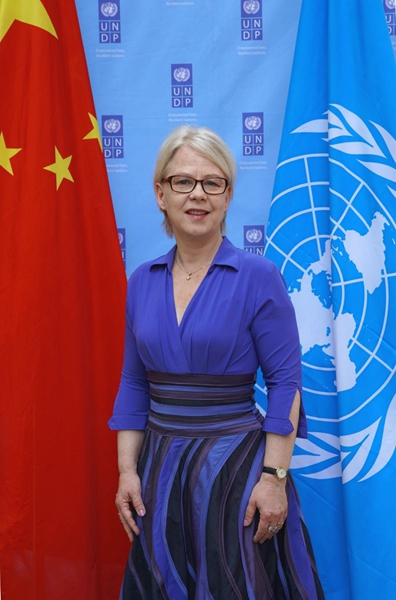 1. How does the United Nations think of China's target to eradicate poverty by 2020?

Yet we cannot overlook the effects of COVID-19 on this progress. While China is gradually recovering from the pandemic, this crisis has indeed transcended health and affected the vulnerable and disadvantaged the most.

Since the outbreak of COVID-19, the Leading Group Office of Poverty Alleviation and Development (LGOP) of the State Council, in collaboration with relevant ministries, has announced a series of actions to ensure continued efforts in poverty eradication. These include prioritizing the allocation of funds designated for poverty alleviation to heavily affected areas and industries, improving employment services and helping migrant workers return to work. In addition, the National Development and Reform Commission (NDRC) has also allocated RMB 5.6 billion (US$ 790 million) to help create job opportunities in local communities for the poor population.

If China is to achieve its 2020 target, which it can, vulnerable segments of the population will require special attention, as most of the current measures target industry and employers. Expanding the reach of existing social protection systems can assist people working in the informal sector who are disproportionally vulnerable; many of them rely on low- and uncertain-income streams and may not be included in existing schemes. Targeted assistance, such as providing concessional loans to poor households with small family businesses or extending unemployment benefits to informal workers, could provide a much-needed buffer to ensure their livelihoods.

2. What significance and lessons can China bring to the world by wiping out the country's poverty?

China's size and scale means everything that it achieves also has global impact. This applies to the progress made domestically on sustainable development. China's success in eradicating poverty over the last 40 years has been historic. These feats have contributed significantly towards the achievement of SDG1, no poverty.

China's development experiences provide substantive lessons to other developing countries, and although they all have different national contexts, China's experiences can be effectively adapted to address local challenges through the South-South Cooperation (SSC) platform. This can provide countries with the opportunity to accelerate growth, while also being conscious of environmental health.

The Belt and Road Initiative, as a source of infrastructure investment for developing countries, has become an important driver of connectivity-related investments and lending. It is critical that it moves in a way that safeguards global public goods, is well aligned with the SDGs and context fit for the needs of developing countries. One particular aspect in this regard is to apply harmonized standards compatible with SDGs along the entire Belt and Road. This then can assist in bringing investments that are environmentally sustainable while also being inclusive by for example increasing decent work opportunities in the partnering countries.

3. Can you briefly introduce United Nations' work in helping China to alleviate its poverty?

Since 1979, UNDP has been a partner in China's development - poverty alleviation has been central to UNDP's cooperation with China. In a country the size of China, the greatest impact that can be made is through policy support. UNDP contributes ideas, innovation, advocacy, and international experience – we work through a proof-of-concept approach with projects on the ground that can act as pilots to in-turn inform policies and can be scaled up by the government.

As an example of integrated poverty alleviation that is sustainable and inclusive: in 2006, a UNDP programme was established by Technical Task Force personnel of MOST to bring farmers into the 21st century by linking them with environmentally friendly and locally relevant technologies, not only increasing their income, but also connecting them to markets thus enhancing sustainable development.

Since 2008, 1 million farmers have benefited from the programme each year, with an average annual income rise of 10%. From 2012 through 2014, the programme was scaled up to cover 31 provinces and 75,000 personnel were dispatched to implement it.

Another example is of a project for apple farmers who lost access to markets for their crops because of their use of DDT pesticides. Through 3 demonstration projects and training centers in Shaanxi, Hubei and Shandong provinces, 100,000 farmers are being trained each year to adapt their farming techniques to replace DDT and adhere to international trading standards. Annual incomes have increased by as much as 12% and apple production has reached 700,000 tonnes; the price of apples increased from 2 RMB to 6 RMB per kilo.

Additionally, UNDP helped establish the International Poverty Reduction Center in China (IPRCC) aimed at creating a global knowledge hub on poverty reduction. IPRCC has provided government officials and experts from developing countries all over the world with training on poverty reduction and sustainable development.