UNITED NATIONS, March 19 (Xinhua) -- Poverty eradication has improved women's rights in China and has given a strong impetus to the global implementation of the Beijing Platform for Action and the 2030 Agenda, said Zhang Jun, China's permanent representative to the United Nations, on Friday. 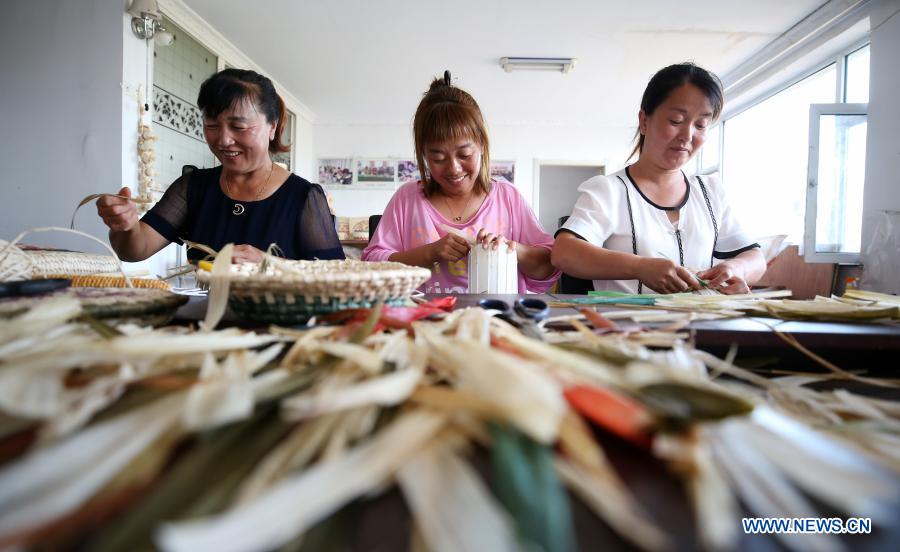 China had achieved a complete victory in poverty eradication, with about 99 million rural poor lifted out of poverty as of February 2021, and half of them are women, he noted.

This achievement is in itself a great human rights project that has improved women's rights in China. This achievement has also made important contributions and given a strong impetus to the global implementation of the Beijing Platform for Action and the 2030 Agenda, he said.

The world is undergoing historic changes. While humankind has made tremendous progress, extreme poverty and gender inequality remain prevalent due to inadequate and uneven development. The COVID-19 pandemic has exacerbated the challenges women face in education, health, and employment, especially the return to poverty of women caused by the pandemic, he said.

According to UN Women, 96 million people worldwide will fall into extreme poverty as a result of the pandemic, among which 47 million will be women, he noted.

"Looking ahead, there is still a long way to go to eliminate absolute poverty and achieve gender equality worldwide. It is important that countries take into account their national conditions and explore ways that suit their own needs to lay the foundation and open up space for women's development."