Pointing to a weaker global economy, rising trade tensions and chronically low inflation, Chairman Jerome Powell signaled Wednesday that the Federal Reserve is likely to cut interest rates late this month for the first time in a decade. 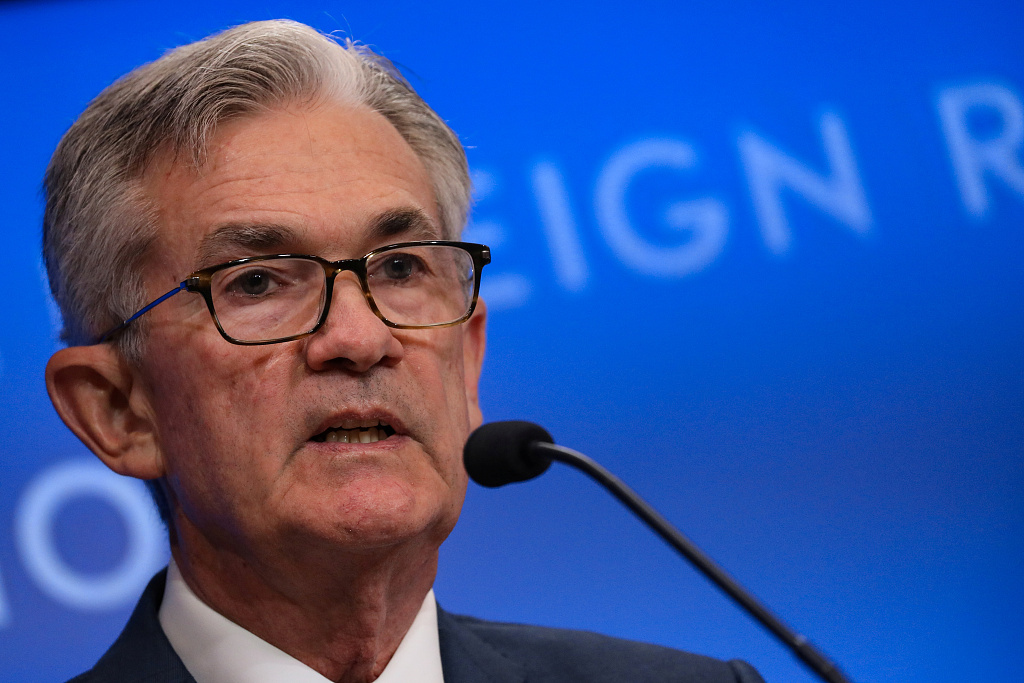 Delivering the central bank’s semiannual report to Congress, Powell said that since Fed officials met last month, “uncertainties around trade tensions and concerns about the strength of the global economy continue to weigh on the U.S. economic outlook.” In addition, inflation has dipped further below the Fed’s annual target level.

The chairman’s remarks led investors to send stock prices up, bond yields down and the value of the U.S. dollar lower on expectations of lower interest rates. The S&P 500 index briefly traded over 3,000 for the first time.

Testifying to the House Financial Services Committee, Powell was asked, as he has been before, what he would do if President Donald Trump tried to fire or demote him. Powell offered the same terse reply he’s given in the past when asked about Trump’s attacks on his leadership and the president’s insistence that he has authority to remove the chairman: Powell said he intends to serve out his full four-year term, which ends in early 2022.

The president has repeatedly accused Powell and the Fed of keeping credit too tight for too long and of thereby holding back the economy and the stock market. Most experts dispute Trump’s assertion that he has authority to either fire Powell or demote him from the chairman’s post, and his attacks have raised alarms that he’s undermining the Fed’s long-recognized independence from political pressure.

Powell’s description Wednesday of a more downbeat economic landscape led most economists to conclude that a quarter-point rate cut is a virtual certainty at the Fed’s meeting in three weeks, with many forecasting further rate cuts to come. Some characterized a likely rate cut late this month as an “insurance policy” against an economic downturn.

“I think it will be the start of a series of rate cuts,” added Sung Won Sohn, economics professor at Loyola Marymount University in Los Angeles. “Powell wants to provide fuel for the economy down the road.”

Expectations of a pending rate cut drew additional support Wednesday when the Fed released the minutes of its June 18-19 meeting. The central bank held rates unchanged then, but the minutes showed that some officials felt looser credit could soon be needed to address economic weakness.

Investors have collectively put the odds of a rate cut this month at 100%. The Fed’s benchmark rate stands in a range of 2.25% to 2.5% after it raised rates four times last year — action that incited the initial attacks on the Powell Fed from Trump.

In the prepared remarks he delivered Wednesday before taking questions from the House members, Powell made no mention of the president’s criticism. He did thank Congress for the “independence” it has given the Fed to operate free of political intrusion. But later, in the question-and-answer period, several Democratic committee members offered support for Powell’s leadership and a rejection of Trump’s criticism.

Rep. Maxine Waters, who leads the committee, declared that “this president has made it clear that he has no understanding or respect for the independence of the Federal Reserve.”

Waters and other Democrats urged Powell to stand up to Trump’s attacks.

“Have no fear,” Rep. David Scott, D-Ga., told the chairman. “We in Congress, both Democrats and Republicans, have got your back.”

Powell’s remarks Wednesday began two days of his testimony on Capitol Hill. On Thursday, he will address the Senate Banking Committee.

At the moment, the U.S. economic landscape is a mixed one: The job market appears resilient, but economic growth is slowing. Many forecasters predict that growth has slowed to an annual rate of around 2% in the just completed April-June quarter.

In his testimony, Powell said the economy has fared reasonably well over the first half of the year. But he noted that “crosscurrents, such as trade tensions and concerns about global growth, have been weighing on economic activity and the outlook.”

The Fed chairman told the House committee that he thinks average worker pay isn’t rising fast enough to accelerate low inflation, even with the unemployment rate near a five-decade low. An absence of inflation pressure makes it easier for the Fed to cut short-term rates. Referring to rates, Powell repeated a pledge the Fed made in its June policy statement that officials would “act as appropriate to sustain the expansion.” But notably, he added that “many” Fed official saw that the case for a looser monetary policy “had strengthened.”

The Fed hasn’t cut rates since 2008 at the height of the financial crisis.

And last week the government reported that after a tepid job gain in May, U.S. employers sharply stepped up their hiring in June, an indication of the economy’s durability.