WORLD Powell sworn in as 16th US Federal Reserve chair

Powell sworn in as 16th US Federal Reserve chair 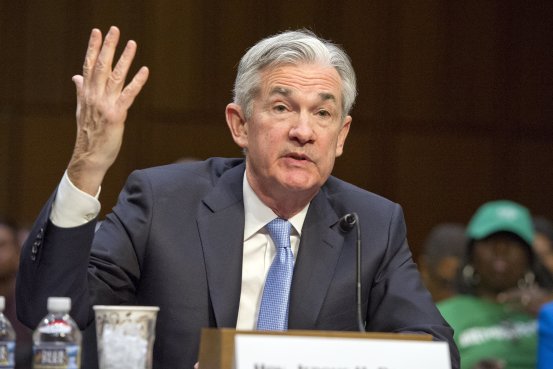 Former investment banker Jerome "Jay" Powell was sworn in Monday as the 16th leader of the US Federal Reserve, taking a key role in overseeing the world's largest economy.

Perhaps the wealthiest Fed chair ever, Powell, 65, takes the reins of monetary policy just as a decade of economic recovery has begun to crest, and as analysts are pointing to challenges on the horizon.

Powell said he was committed to explaining the Fed's policy moves, a signal likely to be welcomed by conservative lawmakers who have called for the central bank to follow strict formulas in setting interest rates  -- a requirement Fed officials have opposed.

Powell also said the banking reforms enacted since the 2008 crisis made the financial sector stronger.

"We intend to keep it that way," he said in comments after taking the oath of office.

But he struck a note of balance, perhaps a nod to the Trump administration priority to reduce regulatory burdens in the economy.