MONTEVIDEO, June 16 (Xinhua) - Electricity was being gradually restored throughout Sunday in Uruguay after a massive outage hit at least four South American countries. 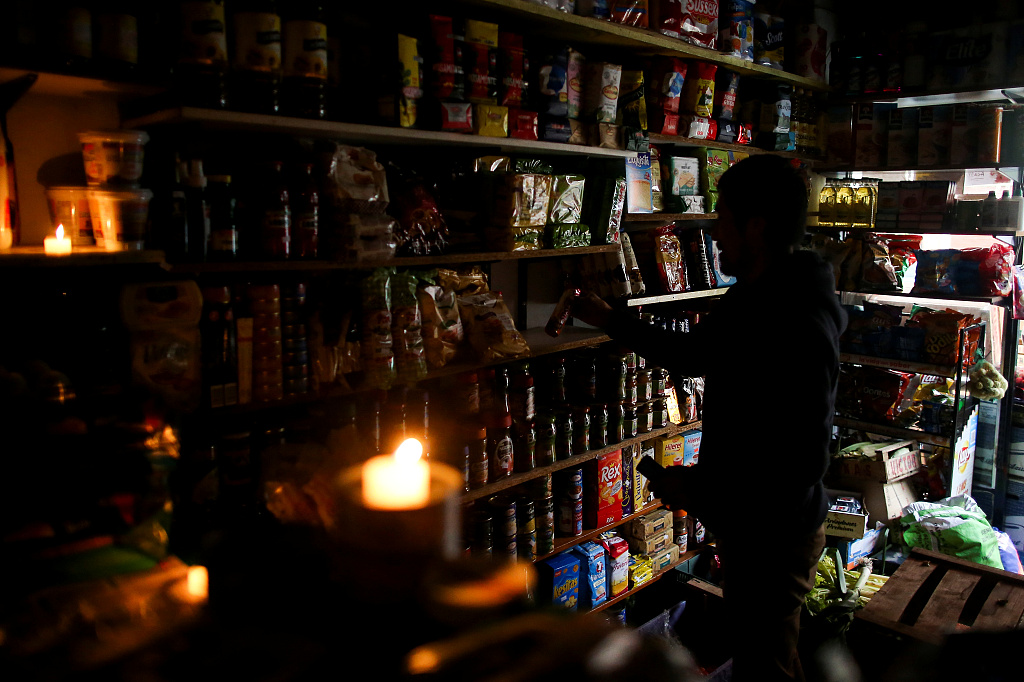 A vendor waits for costumers during a national blackout, in Buenos Aires, Argentina June 16, 2019. (Photo: VCG)

"An important part of the High Tension system has been restored and services are being connected," the Uruguayan state-run company National Administration of Power Plants and Electrical Transmissions (UTE) said in a statement mid-morning.

Power had been restored in some neighborhoods of Montevideo by early afternoon, but other places remain without power, according to social media. The outage also affected cell phone service.

The massive blackout occured in Argentina at about 7:00 am local time (1000 GMT) and also hit Uruguay, southern Brazil and multiple cities in Chile.

The causes of the outage were under investigation and had "not yet been determined," said Argentina's Ministry of Energy on Sunday.