Powerful quakes hit off E. Indonesia, no damage or casualty report so far 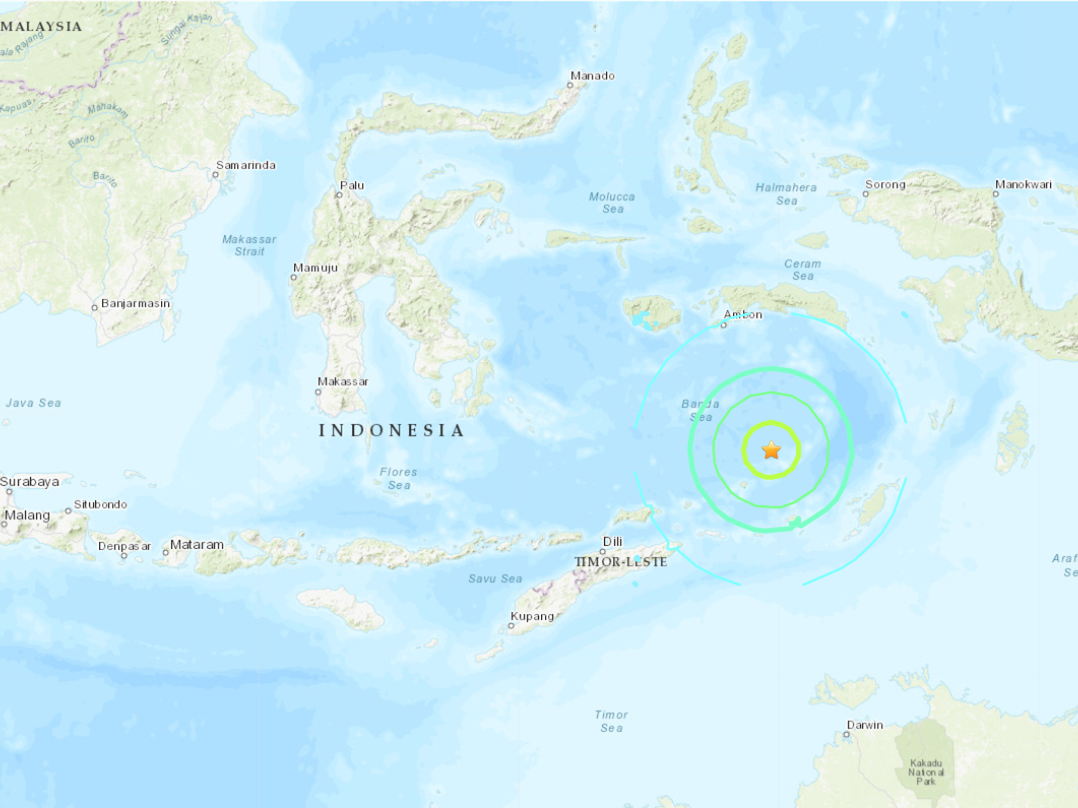 JAKARTA, June 24 (Xinhua) -- Earthquakes with magnitudes of revised 7.4 and 6.1 rocked Indonesia's eastern Maluku and Papua provinces on Monday, but were not potential for tsunami, the meteorology, climatological and geophysics agency said.

The agency initially reported that the quakes were gauged at magnitudes of 7.7 and 6.0 before revising them, officials in charge at the agency said.

Although the quakes were felt strongly, there has been no preliminary report of damage or casualty so far, Yusuf Khaidar Ali, an official in charge at the agency said.

The 7.4-magnitude quake rocked at 09:53 a.m. local time (0253 GMT) with the epicenter at 245 km northeast of Maluku Baratdaya and the depth at 231 km under sea bed, another official in charge at the agency, Indi Afrantiana said.

"This quake epicenter was located very deep at sea bed, so that it is not potential to trigger tsunami," she told Xinhua over phone.

The intensity of the quake was felt at V MMI (Modified Mercalli Intensity) in Saumlaki, III to IV MMI in Tual, and III MMI in Sumbawa and Sorong, the official added.

Two aftershocks with magnitudes of 5.5 and 5.2 followed the main shock, she said.

The depth of the quake was at revised 10 km under land after being initially reported at 15 km under earth, he disclosed.

"The center of the quake was far from the coastal areas, consequently it was not potential for triggering tsunami," he told Xinhua over phone.

The intensity of the quake was gauged at III to IV MMI (Modified Mercalli Intensity) in Sarmi, II to III MMI in Jayapura, Khaidar said.

So far, the official said, there was no preliminary report of damage or casualty reached.

Indonesia is prone to quakes as it lies on a vulnerable quake impacted-zone called the Pacific Ring of Fire.