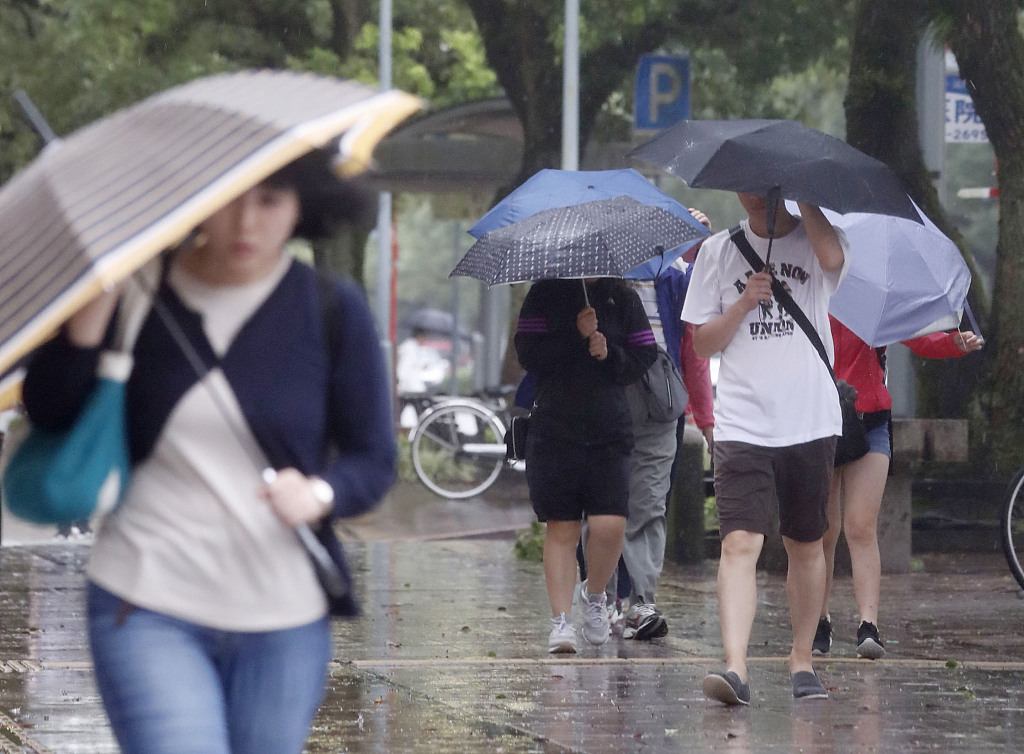 People walk on a street in Miyazaki, southwestern Japan, on Aug. 14, 2019, as powerful Typhoon Krosa approaches the region. (Photo: VCG)

Severe Tropical Storm Krosa -- one notch below a typhoon -- was churning slowly just off the southwestern coast of Japan, packing wind gusts of up to 160 kilometres per hour.

Authorities issued a voluntary evacuation advisory to around 550,000 people in the storm's path and Japan's Fire and Disaster Management Agency said four people had sustained minor injuries with one person more seriously hurt.

The agency also said that a party of 18 people including children got stranded during a barbeque in a valley when the river rose rapidly. They have since been evacuated to higher ground and should be rescued later Thursday.

More than 600 domestic flights were cancelled to and from cities in western Japan and bullet train services were either scrapped or sharply reduced.

Ferries connecting the southern Shikoku island and other parts of Japan were also cancelled as high waves lashed the coast.

It is also moving very slowly -- 20 kilometres per hour -- so the rain is expected to last for an extended period.