Toppled trees hit power lines and caused outages in parts of Athens as a powerful storm rolls across southern Greece. 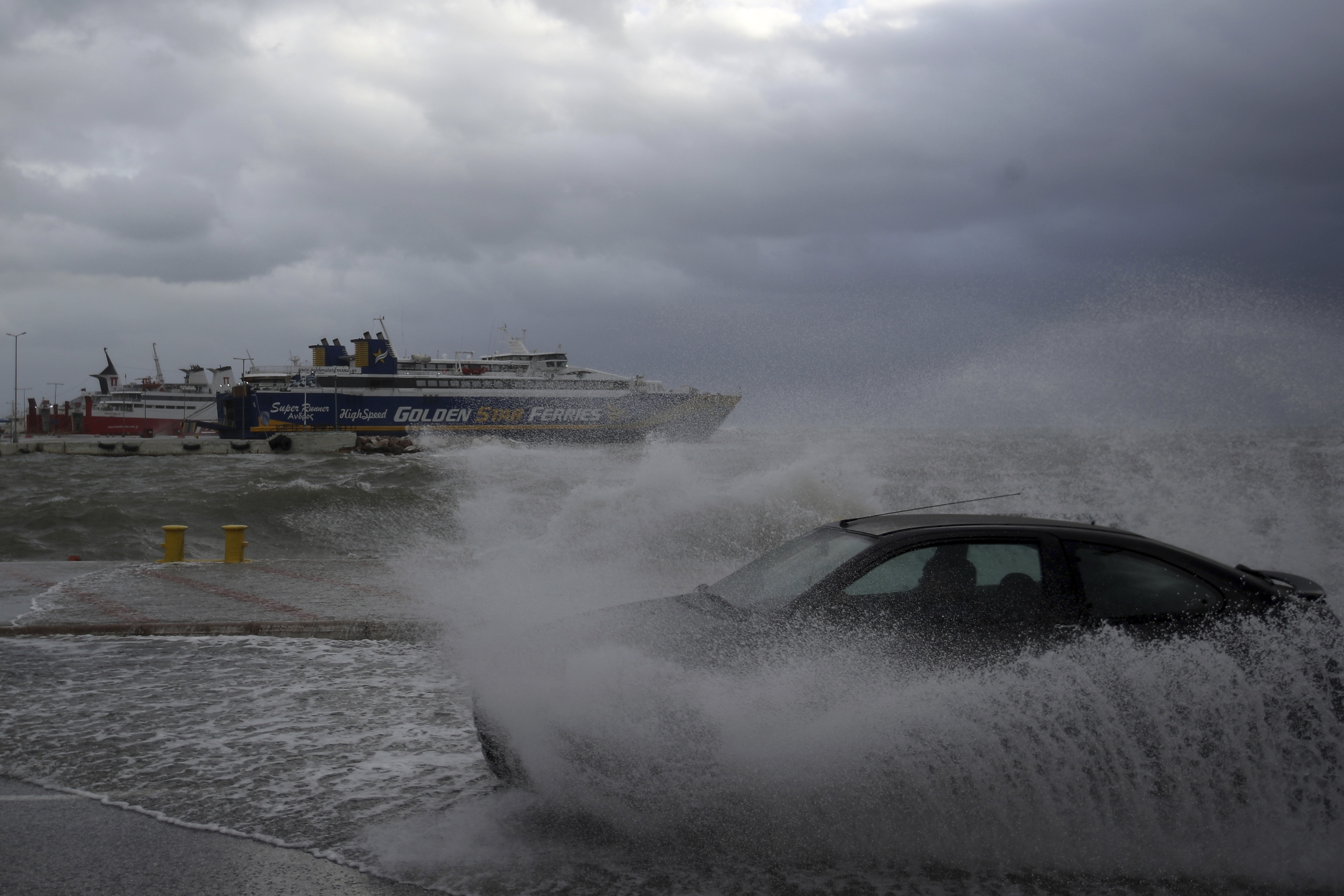 A car drives through seawater from crashing waves on the road during bad weather at the port of Rafina, east of Athens, on Thursday, Sept. 27, 2018. (Photo: AP)

Schools in the Greek capital and several other parts of the country were closed Friday, and civil protection services were on alert through the weekend. Winds were expected to reach up to 100 kph (62 mph).

Some ferry services from ports near Athens resumed Friday after being mostly halted for the previous two days, while the bad weather conditions also caused flight delays.

The national weather service EMY said conditions were expected to worsen Friday, affecting the island of Crete, the Cyclades islands and parts of the southern and western mainland.