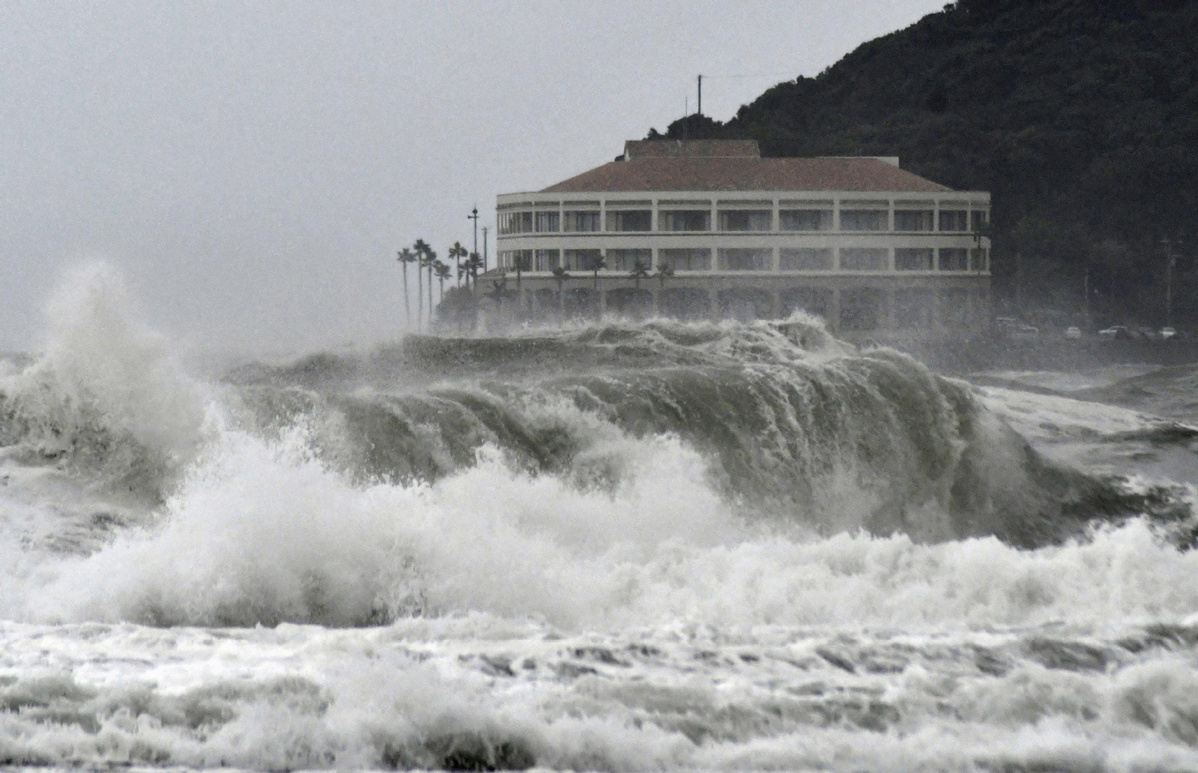 TOKYO - A powerful tropical storm lashed Japan on Thursday, bringing strong winds and torrential rain that claimed at least one life and injured at least 11 people, prompted warnings of landslides and flooding, and sparked evacuation advisories and travel chaos during a peak holiday period.

Typhoon Krosa landed near Kure in western Hiroshima on Thursday afternoon while traveling north and packing winds up to 144 kilometers per hour, the Japan Meteorological Agency said. Krosa is the 10th typhoon of this season.

Meanwhile, high waves smashed into a breakwater, engulfing a 10-meter tall lighthouse, while swollen rivers broke their banks and swamped nearby roads.

Authorities issued a voluntary evacuation advisory to around 430,000 people in the storm's path, although few appeared to have heeded the warning.

A 82-year-old man was confirmed dead after he fell in the sea in Hiroshima trying to moor his boat, a local government spokesman said.

Public broadcaster NHK and local authorities said at least 21 people suffered injuries, including a man in his 50s, who broke his leg.

"We still have intermittent downpours," said Takayoshi Sugimoto, a disaster management official in the southwestern province of Tokushima.

"We will remain vigilant as more rain is expected in the afternoon," he said.

The national disaster management agency said a party of 18 people including children got stranded during a barbecue in a valley when the river rose rapidly on Wednesday. They were rescued on Thursday morning.

At least 761 domestic flights were canceled in western Japan and bullet train services were either scrapped or sharply reduced.

Ferries connecting the southern island of Shikoku with other parts of Japan were also canceled as high waves lashed the coast.

It was moving north at 30 km/h and the rain is expected to last for an extended period.

The storm is forecast to cross Japan's mainland and hit the Sea of Japan by Thursday night, reducing its strength.