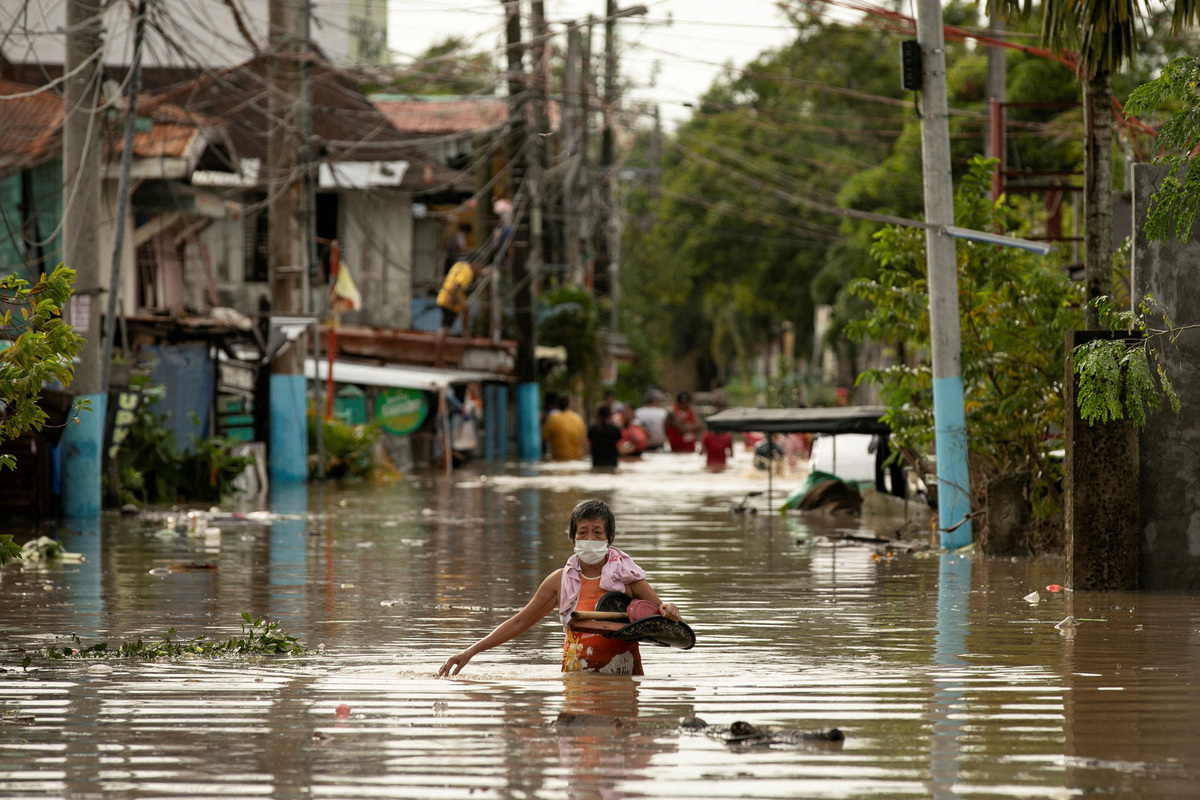 Super typhoon Noru slammed Luzon island in the Philippines with heavy rainfall and winds since Sunday afternoon, leaving six people dead and six others missing, as it blew away from the Southeast Asian country on Monday.

Bulacan province Governor Daniel Fernando said a flash flood washed away five rescuers who were conducting rescue operations in San Miguel town, north of Manila. Some parts of the town are still under muddy water.

Another person died in Quezon province, where the Noru made landfall late Sunday afternoon.

Hermino Cruz, captain of a residential area in San Miguel town, had to move to his child's house due to the flood reaching the shoulder level at his own house.

"We have 425 families here, 1,365 individuals are affected", Cruz said, adding the flood has slowly receded and the situation is getting better than the morning.

The government agency that monitors disasters said Noru affected almost 80,000 people in several areas hit by the typhoon. It also verified reports about six missing fishermen in the Bicol region, south of Manila.

The state weather agency has downgraded Noru to a typhoon, but added Noru "slightly intensified" while blowing out of the country on Monday, moving west northward at 30 km per hour, packing 140 km per hour winds and gusts of up to 170 km per hour. Noru is expected to exit the Philippines late Monday evening.

Authorities said some evacuated people have started to go home. However, some opted to stay in the government-run evacuation centers while waiting for the flood water to recede.

Noru is the 11th and the most powerful cyclone hitting the Philippines this year.

The Philippines is one of the most disaster-prone countries globally, mainly due to its location in the Pacific Ring of Fire and Pacific typhoon belt. On average, the archipelagic country experiences 20 typhoons yearly, some of which are intense and destructive.