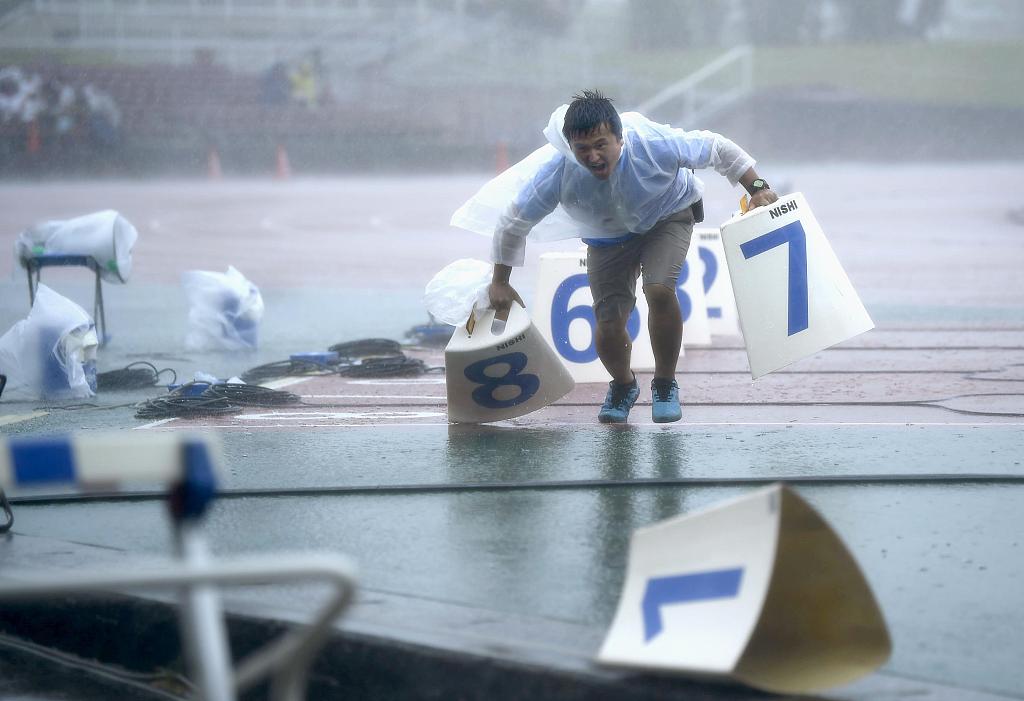 A man removes equipment after a national inter-high school athletics competition in Okinawa, southern Japan, is suspended due to a typhoon on Aug. 8, 2019. (File photo: VCG)

Tapah -- packing wind gusts of up to 180 kilometres (110 miles) per hour -- is now moving north and is expected to progress through the sea separating South Korea and western Japan.

The country's weather bureau issued warnings of heavy rains, floods and high tides, while the Okinawa prefectural government issued an evacuation advisory to some 334,000 people.

At least 18 people were injured, according to officials, while local utility company Okinawa Electric said some 9,200 households were still without power as of 7:45 pm (1045 GMT), down from 17,000 homes earlier in the day.

It resulted in a lengthy blackout on the outskirts of Tokyo that left tens of thousands of people without power for more than a week.