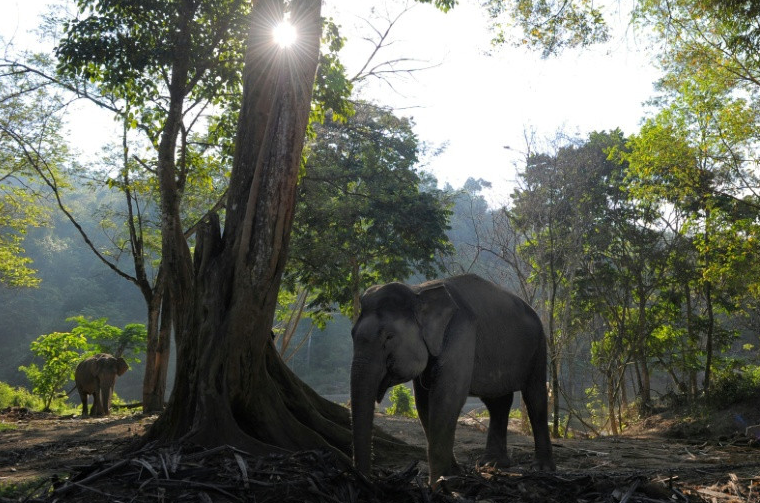 A pregnant elephant has been found dead in a palm oil plantation on Indonesia’s Sumatra island, in what authorities suspect was a deliberate poisoning, an official said Wednesday.

The animal's body was found near the remote Seuneubok Bayu village in Aceh on December 22, after authorities received a tip off from locals, Aceh conservation centre head Sapto Aji Prabowo told AFP.

"The 25-year-old elephant had been dead for around 10 days when we got there," he said.

"From the autopsy, we saw that its digestive organs turned black which the doctor said was a general indication of poisoning."

The Sumatran elephant was carrying 13-month old male foetus and was at least six months short of giving birth.

Locals have told authorities that several days before the carcass was discovered farmers had complained an elephant ate their fertiliser.

Sumatran elephant are critically endangered and a protected species, but rampant deforestation for plantations has reduced their natural habitat and brought them into conflict with humans.

At least 11 wild elephants died in Aceh this year, most of them killed by humans, according to Prabowo.

In January, authorities found a dead elephant without tusks in Aceh, along with its abandoned 11-month-old calf.