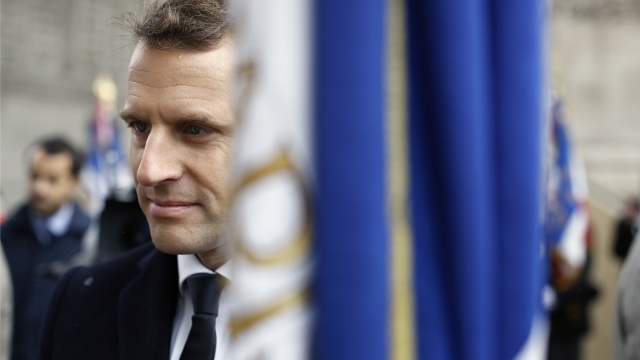 Emmanuel Macron cut a solemn figure on Paris' Champs-Elysees as he commemorated his first Armistice Day as French president — marking the end of combat during World War I.

During Saturday's events, Macron paid homage to the wartime French Prime Minister Georges Clemenceau by laying a wreath at his statue on the famed avenue. Clemenceau was a key architect of peace between the great powers.

Macron then inspected the troops and laid a wreath at the Tomb of the Unknown Soldier at the Arc de Triomphe.

Next year France will host a grand Armistice centenary, marking 100 years since the war's end in 1918 with envoys from 80 nations.