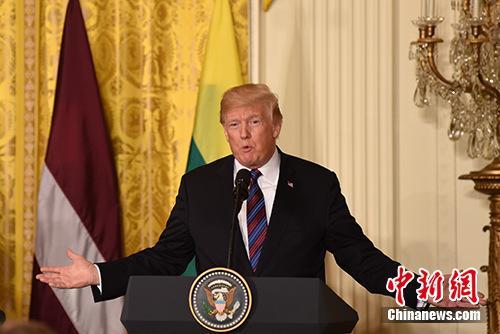 US President Donald Trump has notified Congress of his intent to sign a trade agreement with Mexico, with Canada welcome to join the deal "if it is willing," the White House said on Friday.

The announcement came after the United States and Canada failed to reach a deal on Friday to overhaul the North American Free Trade Agreement (NAFTA) following days of intense talks.

"The talks were constructive, and we made progress. Our officials are continuing to work toward agreement," US Trade Representative (USTR) Robert Lighthizer said in a statement, adding the USTR team will resume trade talks with its Canadian counterparts next Wednesday.

The White House has pressured Canada to accept the preliminary agreement it struck with Mexico on Monday to update the 24-year old trilateral trade deal. But Canada insisted that it would only sign a new agreement that is good for the country.