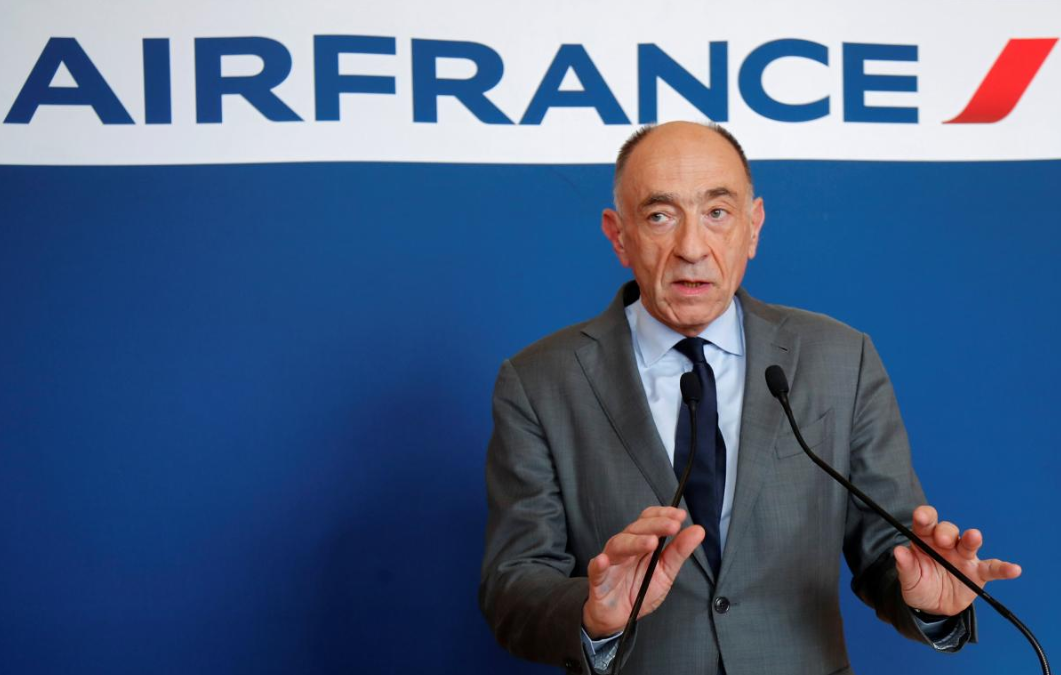 Pressure on Air France-KLM (AIRF.PA) grew on Monday as its shares fell by more than 10 percent after chief executive Jean-Marc Janaillac said he would resign over the rejection of a pay deal by the airline’s staff.

French Finance Minister Bruno Le Maire had urged the airline and its workers to resume talks on Sunday, saying that if Air France did not become more competitive it “will disappear”.

However, pilots, cabin crew and ground staff were on strike for a fourteenth day since February on Monday and Air France said one in five flights would be canceled on Tuesday. It estimates the industrial action has so far cost it 300 million euros ($357 million)..

Janaillac had been CEO for less than two years, running into the same union resistance to reform as his predecessor. His exit raises questions over Air France’s ability to cut costs to compete with Gulf carriers and low-cost airlines.

Last year Italy’s Alitalia filed to be put under special administration for the second time in less than a decade, starting a process that will lead to the loss-making airline being overhauled, sold off or wound up.

The French government, which is the national carrier’s largest shareholder with a 14 percent stake, has said it will not ride to the rescue and a meeting of Air France-KLM’s board has been called for May 15 to decide on a management transition plan.

This is in sharp contrast to its performance last year, when the shares rose 160 percent as Janaillac initiated reforms to restructure and improve the finances of its French brand, said Roche Brune Asset Management’s Laverne.

He also oversaw the launch of Joon, a low cost subsidiary of Air France, and growth in its maintenance business. But his efforts to bring down costs proved his undoing.

Air France had offered workers a salary increase of 2 percent in 2018 and a further 5 percent over the following three years, but French unions, which have demanded 5.1 percent this year, have complained management is not serious about talks.

After negotiations reached deadlock, Janaillac called a vote last Friday, the results of which went against him.

Profits at the Dutch sister company KLM, which has succeeded in cutting costs, rose in the first quarter, contrasting with losses at Air France.