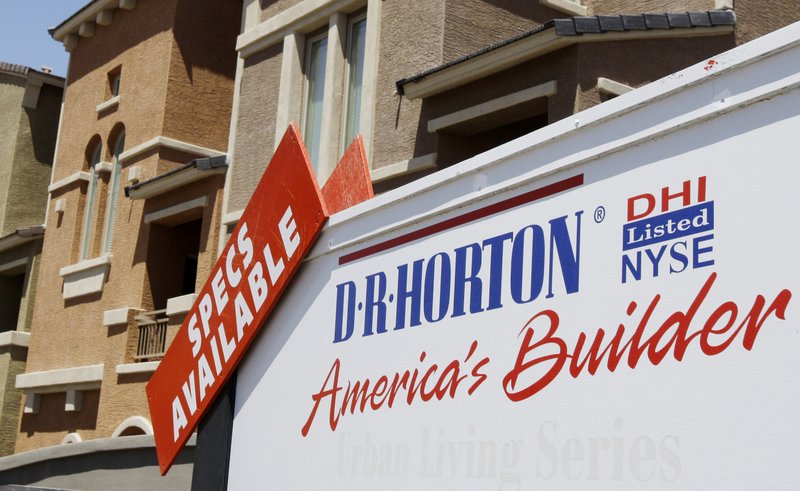 Also Thursday, builder D.R. Horton said home deliveries in the first quarter will come in below what Wall Street was expecting. It cited home prices and mortgage rates.

The Texas homebuilder led all other major players downward, falling more than 5 percent in midday trading. Others fell around 2 percent to 4 percent.

Although U.S. home price gains slowed for the fifth straight month in August, they’ve been running ahead of wage gains for five years. Combined with the rapidly rising cost of borrowing money, many would-be buyers are being pushed out of the market.

The Commerce Department reported last month that sales of new U.S. homes plunged 5.5 percent in September, the fourth consecutive monthly drop. The annual rate of home sales has declined 15.3 percent since May.

Builders had assumed that a strong economy would help fuel home sales, but newly constructed homes are increasingly a tough sell. There is 7.1 months’ supply of new homes on the market, the highest level since March 2011.

The Federal Reserve has been raising short-term rates to cool U.S. economic expansion, and is expected to raise rates for a fourth time this year in December. Economists expect at least two further hikes next year.