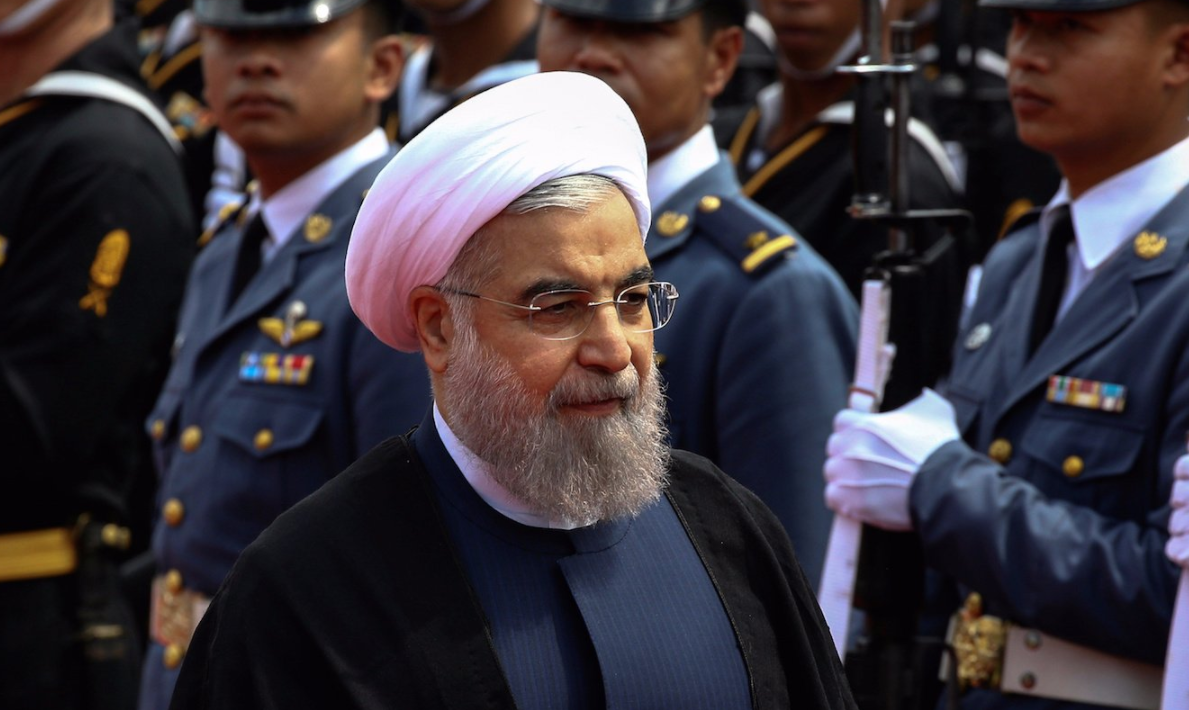 Police dispersed anti-government demonstrators in the western city of Kermanshah as protests spread to Tehran and several other cities a day after rallies in the northeast, the semi-official news agency Fars said.

The outbreak of unrest reflects growing discontent over rising prices and alleged corruption, as well as concern about the Islamic Republic’s costly involvement in regional conflicts such as those in Syria and Iraq.

An official said a few protesters had been arrested in Tehran, and footage posted on social media showed a heavy police presence in the capital and some other cities.

Washington criticized the arrests. ”The United States strongly condemns the arrest of peaceful protesters. We urge all nations to publicly support the Iranian people and their demands for basic rights and an end to corruption.

About 300 demonstrators gathered in Kermanshah after what Fars said was a “call by the anti-revolution”. They shouted: “Political prisoners should be freed” and “Freedom or death”, and some public property was destroyed. Fars did not name any opposition groups.

The protests in Kermanshah, the main city in a region where an earthquake killed over 600 people in November, took place a day after hundreds rallied in Iran’s second largest city Mashhad to protest at high prices and shout anti-government slogans.

Fars said there were protests in the cities of Sari and Rasht in the north, Qazvin west of Tehran and Qom south of the capital, and also in Hamadan in western Iran. It said many marchers who wanted to raise economic demands left the rallies after demonstrators shouted political slogans.

State television said annual nationwide rallies and events were scheduled for Saturday to commemorate pro-government demonstrations held in 2009 to counter protests by reformists.

The Revolutionary Guards, which along with its Basij militia spearheaded a crackdown against the protesters in 2009, said in a statement carried by state media that there were efforts to repeat that year’s unrest but added: “The Iranian nation ... will not allow the country to be hurt.”

Mohsen Nasj Hamadani, deputy security chief in Tehran province, said about 50 people had rallied in a square but most had left after being asked to by police, while a few who refused were “temporarily detained”, the ILNA news agency reported.

In the central city of Isfahan, a resident said protesters had joined a rally held by factory workers demanding back-pay.

“The slogans quickly changed from the economy to those against (President Hassan) Rouhani and the Supreme Leader (Ayatollah Ali Khamenei),” the resident said by telephone.

In Qom, a stronghold of the Shi‘ite clergy, footage posted on social media showed protesters attacking Ayatollah Khamenei by name. “Seyyed Ali should be ashamed and leave the country alone,” they chanted.

Protests were held also in the town of Quchan near the Turkmen border, and in Ahvaz, capital of oil-rich Khuzestan province, social media and Iranian news websites reported.

Police arrested 52 people in Thursday’s protests, Fars quoted a judicial official as saying in Mashhad, one of the holiest places in Shi‘ite Islam.

In social media footage, which could not be authenticated, riot police were seen using water cannon and tear gas to disperse crowds.

Openly political protests are rare in Iran, where security services are omnipresent.

However, demonstrations are often held by workers over lay-offs or non-payment of salaries and by people who hold deposits in non-regulated, bankrupt financial institutions.

“If the security and law enforcement agencies leave the rioters to themselves, enemies will publish films and pictures in their media and say that the Islamic Republic system has lost its revolutionary base in Mashhad,” the state news agency IRNA quoted Alamolhoda as saying.

Some social media videos showed demonstrators chanting “Death to Rouhani” and “Death to the dictator”. Protests were also held in at least two other northeastern cities.

Alamolhoda, the representative of Ayatollah Khamenei in Mashhad, said a few people had taken advantage of Thursday’s protests against rising prices to chant slogans against Iran’s role in regional conflicts.

“Some people had come to express their demands, but suddenly, in a crowd of hundreds, a small group that did not exceed 50 shouted deviant and horrendous slogans such as ‘Let go of Palestine’, ‘Not Gaza, not Lebanon, I’d give my life (only) for Iran’,” Alamolhoda said.

Vice-President Eshaq Jahangiri, a close Rouhani ally, suggested that hardline conservative opponents of the pragmatist president might have triggered the protests but lost control of them. “Those who are behind such events will burn their own fingers,” IRNA quoted Jahangiri as saying.

Rouhani’s leading achievement, a 2015 deal with world powers that curbed Iran’s disputed nuclear program in return for a lifting of most international sanctions, has yet to bring the broad economic benefits the government says are coming.

Unemployment stood at 12.4 percent in this fiscal year, according to the Statistical Centre of Iran, up 1.4 percent from the previous year. About 3.2 million Iranians are jobless, out of a total population of 80 million.