WORLD Priest shot in southeastern France, attacker on the run

Priest shot in southeastern France, attacker on the run 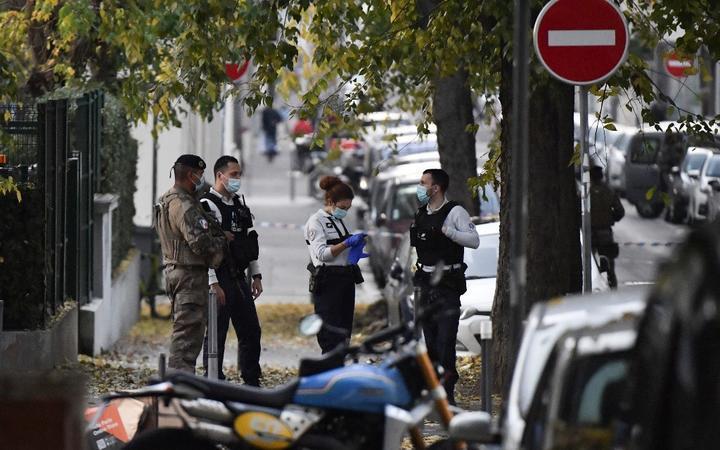 PARIS, Oct. 31 (Xinhua) -- An armed man on Saturday afternoon opened fire at a Greek Orthodox priest and wounded him seriously in the center of Lyon, France's third largest city, before running away, state-run France info reported.

At around 4 p.m. local time (1500 GMT), the 52-year-old priest was shot twice when he was closing the church. He was in critical condition, according to the report.

"An individual of Mediterranean type who is about 1.90m (...) seemed to hide a sawn-off pump-action shotgun under his gabardine. He used his arm against the Orthodox priest and he fled," Ludovic Cassier, departmental representative of the SGP Police Unit was quoted as saying.

Police immediately cordoned off the area and asked people to stay away. Lyon prosecutor office had taken on the shooting probe, which showed that no apparent link to terrorism had yet been established.

Prime Minister Jean Castex, who was on a visit to Seine-Maritime region in north France "to ensure the deployment of additional security forces" to protect places of worship and schools after Thursday's knife attack at a church in Nice, said he was returning to Paris to assess the situation.

The shooting came as police were investigating the motive and circumstances of the knife attack at Notre Dame Basilica in Nice where three people were killed by a 21-year-old Tunisian man.

French Interior Minister Gerald Darmanin on Friday warned more terrorist attacks were likely in the country, as "France now is particularly targeted" as it was engaged in "war against Islamist ideology."

A crisis unit was launched at the Ministry of Interior following the priest shooting in Lyon, Castex told reporters on Saturday.

France has been on high alert since the beheading of a history teacher outside a middle school in Paris suburbs on Oct. 16 and a knife attack near the former office in central Paris of the satirical magazine Charlie Hebdo on Sept. 25.