Primaried: The Republican challenging Trump in 2020

When Mark Sanford sought reelection to the US House of Representatives in 2018, he should, as an incumbent, have been in a strong position to be the Republican candidate. 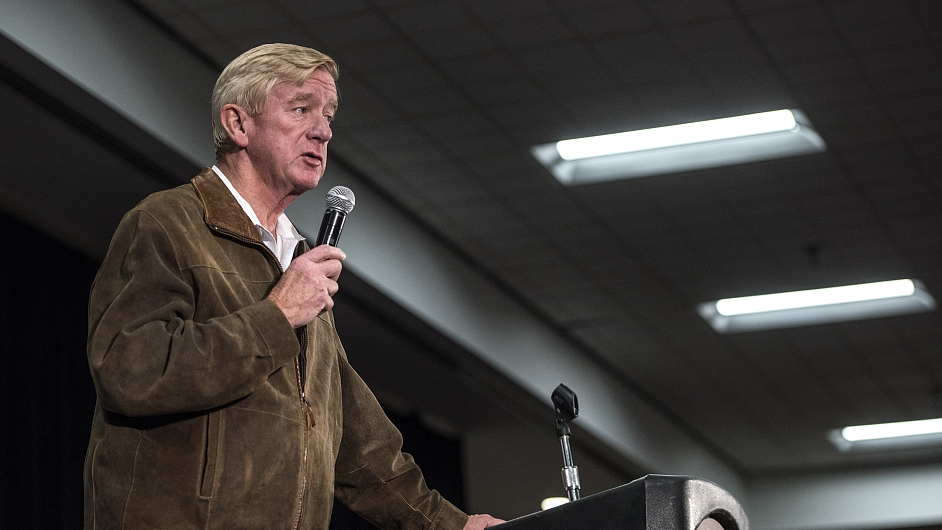 The conservative lawmaker had represented South Carolina's 1st District from 1995 to 2001, served as the state's governor for two terms in between, survived a scandal, wherein he disappeared in Argentina with his lover for a week, and was reelected to the same House seat in 2013.

He backed Donald Trump's bid for the presidency and frequently voted for the administration's policies, but – crucially – wasn't afraid to publicly criticize the White House. 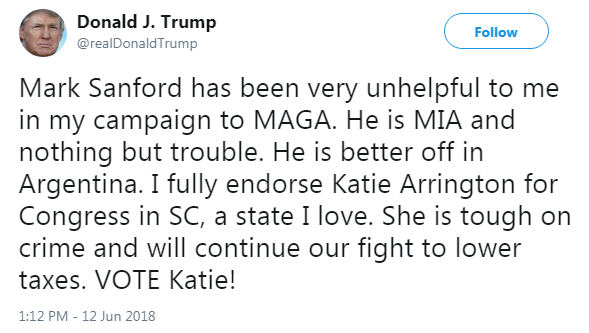 Ultimately, this criticism was his undoing – he was primaried and, with the help of a Trump tweet urging support for his opponent, defeated by four points in June 2018. This loss helped build a narrative: Any Republican who crosses Trump will be in electoral trouble.

"Mark Sanford of South Carolina found out the hard way, in his surprise primary defeat, having a conservative voting record is less important than demonstrating total loyalty to Trump," Jonathan Martin wrote in the New York Times shortly after the result was announced.

Several moderate Republicans decided to stand down rather than face a primary challenge ahead of the November 2018 midterms, and in the suburban areas, those less inclined towards the Trump approach ultimately suffered major losses.

Many Republicans have been absorbed by a "supine passivity, like a learned helplessness," conservative commentator David Brooks told NPR over the weekend, when asked whether the president's party would vote to block Trump's national emergency order when it comes before Congress this week.

But some traditional conservatives have continued to speak out against the president, and one – former Republican Massachusetts governor Bill Weld – confirmed in mid-February that he will challenge Trump in the 2020 primaries.

Weld isn't likely to have the president quaking in the White House. He backed Barack Obama in 2008, ran as a vice-presidential candidate on the Libertarian ticket in 2016, and hasn't held elected office in two decades. The 73-year-old's message mixes traditional Republican staples like low taxes, with warnings about climate change and automation. Above anything else, it is anti-Trump.

"The truth is that we have wasted an enormous amount of time by humoring this president, indulging him in his narcissism and his compulsive, irrational behaviors,” Weld said as he announced his candidacy.

No one expects Weld to win, but his bid is bad news for Trump despite the president's enduring popularity within the Republican Party – around 89 percent of Republicans approve of the job Trump is doing, according to a February Gallup poll.

Victory may not be Weld's objective though, especially with higher profile contenders waiting in the wings.

No incumbent president has lost a primary in the modern era, but no president who has faced a serious primary challenge has won the subsequent general election.

"He's clearly trying to derail Trump, as much as anything else," Matt Welch, former editor-in-chief of Reason magazine, told Vanity Fair.

A primary challenge draws energy and money that an incumbent would rather spend attacking general election opponents. And by definition, if a challenger gets any traction, it highlights a party split and signals possible electoral weakness.

Presidents Gerald Ford, Jimmy Carter and George H.W. Bush were all challenged in primaries. All lost their bids for a second term.

The Trump campaign has already raised record amounts of money and moved to shut down out competition, with AP reporting that it has taken "steps to change state party rules, crowd out potential rivals and quell any early signs of opposition that could embarrass the president."

The chairman of the Republican Party in South Carolina, where Sanford was unseated, has even floated canceling its primary in 2020. Drew McKissick told the Washington Examiner that the party would do "what's in the president's best interest."

But Weld doesn't see a Trump second term as being in the best interests of the United States. "I think our country is in grave peril," he said on announcing his candidacy, "and I cannot sit any longer quietly on the sidelines."

Aside from being a thorn in the president's side and getting some media attention, he likely has two other scenarios in mind.

Firstly, though Trump filed paperwork for his bid for a second term just hours after his inauguration, some doubt that with the ongoing Mueller probe and Southern District of New York investigations, the president will be in a position to stand come November 3, 2020.

Secondly, several higher profile Republicans have flirted with taking on Trump but have been wary of mounting a challenge. If Weld's longshot bid gains some momentum, bigger names will be encouraged to jump into the race.

Maryland Governor Larry Hogan, reelected in the traditionally Democratic state in 2018, reflected the position of several potential candidates on Thursday, telling AP that he was not willing to "be a spoiler or to throw myself on a grenade to help someone else" – but leaving the door open to a credible challenge.

CNN analyst Chris Cillizza wrote on Friday that Hogan "is putting the preliminary pieces in place to run against Trump if the incumbent looks weak enough that a) he can be beaten in a primary and/or b) he cannot win the general election."

Other potential challengers are in a similar position. Former Ohio governor John Kasich, the last man standing against Trump in the 2016 Republican primaries, has said he is "very seriously" considering a 2020 run. 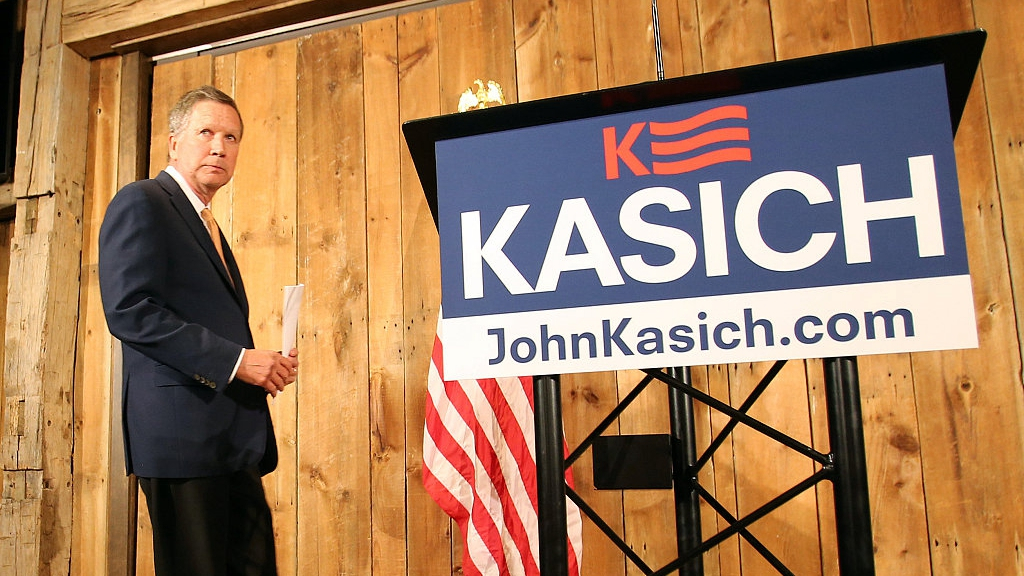 Then Ohio Governor John Kasich withdraws as a US Republican presidential candidate in Columbus, Ohio, US, May 4, 2016. (Photo: VCG)

Nebraska Senator Ben Sasse, Utah Senator Mitt Romney, Texas Representative Will Hurd and Massachusetts Governor Charlie Baker have also been mentioned. Baker has described Weld as a "mentor" – leading to speculation Weld could be running as a stalking horse for the younger man.

The chances of Trump being successfully primaried by a traditional Republican, in the manner he encouraged the removal of conservatives such as Sanford, are low. It would probably take a serious policy misstep by the president, an economic downturn, or a major scandal.

But as Democratic candidates consume the headlines, Weld's below-the-radar bid might just open the door to a different kind of challenge – and help one of those Democrats come election day.