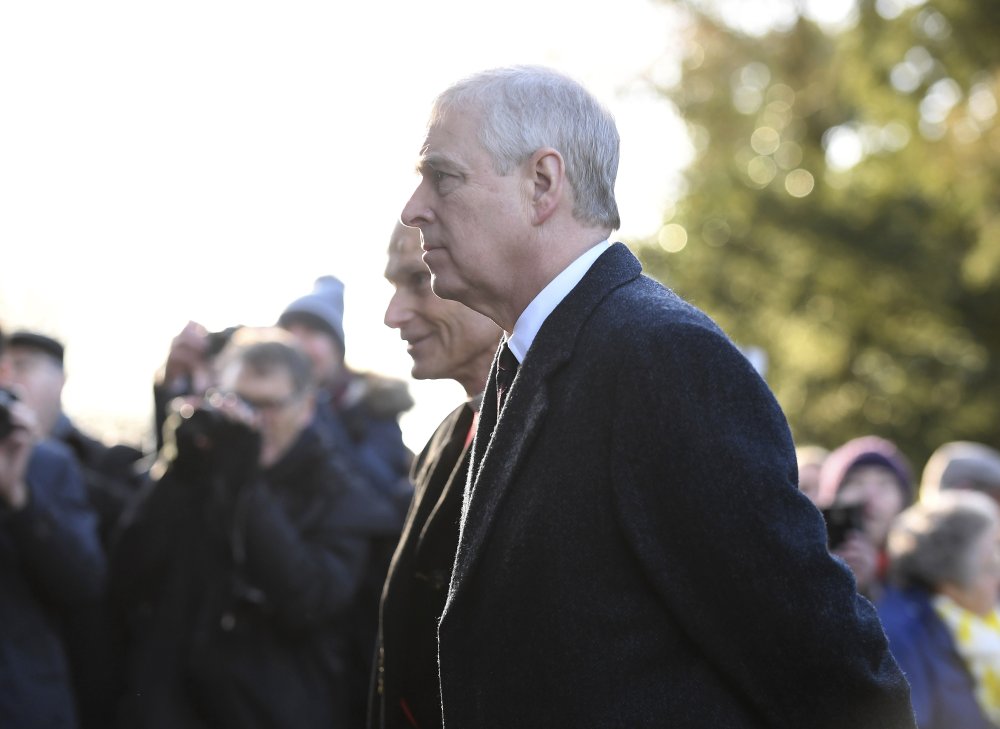 Britain’s Prince Andrew has provided “zero cooperation” to the American investigators who want to interview him as part of their sex trafficking probe into Jeffrey Epstein, a US prosecutor said Monday.

Speaking at a news conference outside Epstein’s New York mansion, US Attorney Geoffrey Berman said prosecutors and the FBI had contacted Andrew’s lawyers and asked to interview him.

The Associated Press has asked Buckingham Palace for comment.

Andrew announced last year that he was withdrawing from his royal duties amid renewed public attention on a woman’s claim that she had several sexual encounters with the prince at Epstein’s behest, starting when she was 17.

Virginia Roberts Giuffre says that after meeting Epstein in Florida in 2000, the millionaire flew her around the world and pressured her into having sex with numerous older men, including Andrew, two senior U.S. politicians, a noted academic, wealthy financiers and the attorney Alan Dershowitz, who is now part of President Donald Trump’s impeachment defense team.

All of those men have denied the allegations. Epstein killed himself in his jail cell last summer while he was awaiting trial on sex trafficking charges.

Giuffre has said she had sex with Andrew three times, including once in London in 2001 at the home of Epstein’s girlfriend, Ghislaine Maxwell.

Andrew and Maxwell have both denied any knowledge that Epstein was sexually abusing teenage girls. In a TV interview last fall, Andrew insisted he was out having pizza with his children on the night Giuffre says they were together in London.

U.S. Attorney General William Barr has vowed to aggressively investigate and bring charges against anyone who may have helped Epstein.

Andrew, in the statement he released in November announcing his intention to “step back from public duties,” said he regretted his “ill-judged association with Jeffrey Epstein.”

“Of course, I am willing to help any appropriate law enforcement agency with their investigations, if required,” he wrote.

Berman made his remarks about the case during a joint appearance with members of Safe Horizon, a nonprofit victim services agency, to discuss a new New York law that made it easier for people to sue over childhood sexual abuse.

He wouldn’t discuss the Epstein investigation in detail but reiterated that the case didn’t end with his death.

“Jeffrey Epstein couldn’t have done what he did without the assistance of others, and I can assure you that the investigation is moving forward,” Berman said.

Numerous women who said they were sexually abused by Epstein as teenagers have claimed in lawsuits and interviews that he got help recruiting young girls from both Maxwell and several assistants.

Giuffre’s lawyers have, for months, been calling on Andrew to agree to be interviewed both by investigators and by the lawyers helping the women with those civil lawsuits.

Two guards who were supposed to be monitoring Epstein the night he was found dead have been charged with falsifying the jail’s log books to indicate they were performing checks on prisoners, when they were actually sleeping or browsing the internet.