WORLD Prince Andrew’s efforts to put scandal behind him backfire

Prince Andrew’s efforts to put scandal behind him backfire 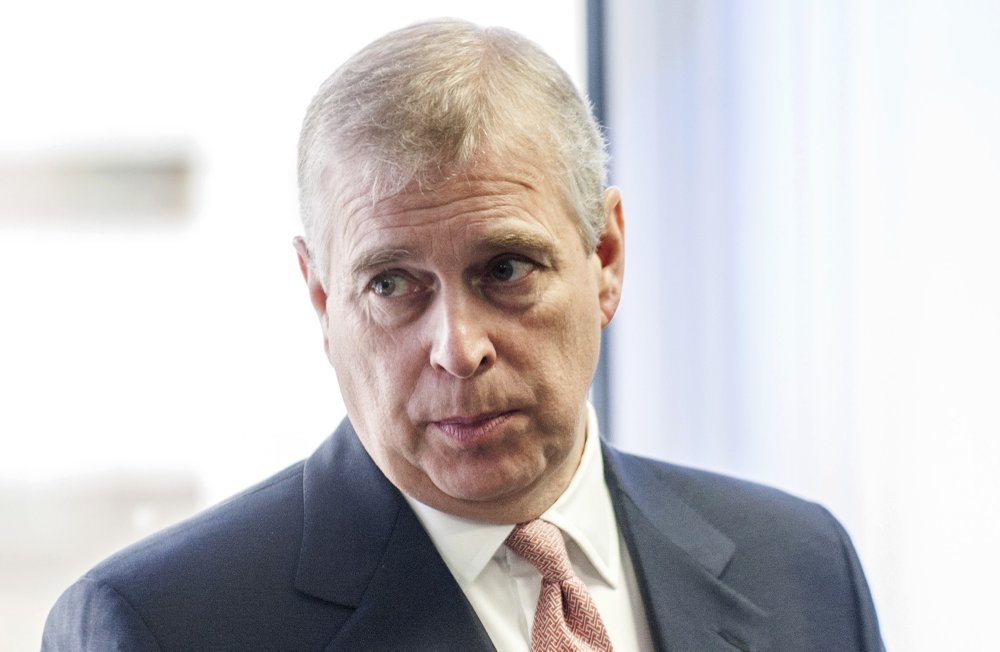 Prince Andrew’s effort to put the Jeffrey Epstein scandal behind him may have instead done him irreparable harm.

While aides are trying to put the best face on his widely criticized interview with the BBC, royal watchers are asking whether he can survive the public relations disaster and remain a working member of the royal family.

The question facing Queen Elizabeth II and her advisers is how to protect the historic institution of the monarchy from the taint of a 21st-century sex-and-trafficking scandal and the repeated missteps of a prince who has been a magnet for bad publicity as he struggles to find a national role for himself.

“Prince Andrew, I think, really has to stay out of the limelight for the moment because there really, I think, is no coming back from the damage that was done ... at least, not in the near future,” Kate Williams, a royal historian and professor at Reading University, told ITV News.

Andrew, the second son of Queen Elizabeth II, tried to end years of speculation about his role in the Epstein scandal by granting a no-holds barred interview to Emily Maitlis, the respected presenter of the BBC’s Newsnight program. But the strategy backfired when the prince failed to show empathy for the young women who were exploited by Epstein even as he defended his friendship with the American financier who was a convicted sex offender.

Epstein died Aug. 10 in a New York prison while awaiting trial on sex trafficking charges. His death has been ruled a suicide by the city’s medical examiner.

Maitlis, writing Monday in the Times of London, said planning for the interview began after Epstein’s death. Andrew’s management team knew they had a problem with the prince’s well-documented ties to Epstein and that previous written statements by the prince denying any involvement by the prince in Epstein’s crimes “perhaps lacked the conviction of a human voice behind them,″ she said.

“They feel that a Newsnight interview is the only way to clear the air. To put across his side of the story,” Maitlis wrote, describing discussions with the prince’s staff.

But when the 55-year-old prince got that chance in an interview broadcast Saturday night, he appeared awkward and overly legalistic.

While Andrew said he regretted staying at Epstein’s Manhattan home in 2010, after Epstein had served a prison sentence for a sex crimes conviction, Andrew defended his previous friendship with the billionaire investor because of the contacts it provided when he was preparing for a role as Britain’s special trade representative.

The prince denied sleeping with Virginia Roberts Giuffre, who says she was trafficked by Epstein and had sex with Andrew on three occasions, including twice when she was 17.

Andrew went on to say that an alleged sexual encounter in London with Giuffre couldn’t have occurred on the day that she says it did because he spent the day with his daughter Princess Beatrice, taking her to a party at Pizza Express in the London suburb of Woking and then back to the family home. He also said Giuffre’s description of him buying her drinks and sweating heavily as they danced together could not be correct because he doesn’t drink and had a medical condition at the time that meant he could not sweat.

Those answers have been widely mocked on social media, with Twitter users sharing pizza jokes and photos of an apparently sweaty Prince Andrew.

Nowhere during the almost one-hour interview, which took place inside Buckingham Palace, did the prince express sympathy for Epstein’s victims.

One exchange in particular captured the coldness for which Andrew is being criticized.

Andrew: “Do I regret the fact that he has quite obviously conducted himself in a manner unbecoming? Yes.”

Maitlis: “Unbecoming? He was a sex offender.”

Lisa Bloom, a Los Angeles-based attorney for five of Epstein’s alleged victims, called the interview with the prince “deeply disappointing.”

“He is entitled to deny allegations and defend himself,” she said. “But where is his apology for being so closely associated with one of history’s most prolific pedophiles?”

Attorney Gloria Allred called on the prince to voluntarily speak to the FBI about what he knows about Epstein. She made the comment during a news conference in Los Angeles about a new lawsuit filed against Epstein’s estate by a woman identified only as Jane Doe 15.

While Andrew’s older brother, Prince Charles, is heir to the British throne, he himself is only eighth in the line of succession. He served in the Royal Navy for more than 20 years, including during the 1982 war over the Falklands Islands, before retiring in 2001.

Civilian life has proved more problematic for the prince. He served as Britain’s special trade representative from 2001 to 2011, but was forced to step down amid questions about his links to a son of the late Libyan dictator Col. Muammar Gaddafi. Andrew’s marriage to the former Sarah Ferguson ended in divorce in 1996, but in 2010 a British newspaper reported that it had filmed his ex-wife offering to sell access to the prince.

Andrew’s problem is also one of timing, according to celebrity expert Ellis Cashmore, author of “Kardashian Kulture.” The Epstein case was shaping up to be the biggest American female exploitation case of the #MeToo era since the movement was kicked off in 2017 by disgraced movie mogul Harvey Weinstein.

“Epstein was the personification of #MeToo’s evil,” Cashmore said. “His apparent suicide robbed the movement of what looked certain to be colossal symbolic victory, so I sense there’s hunt for a prominent public figure” to be held to account.

Cashmore said Britain’s royal family has no realistic option now but to tell Andrew to maintain a dignified silence and hope interest in this case will dissipate. The problem, Cashmore said, is that if Andrew immediately cuts down on his public engagements, that could also backfire.

“The problem is that, when a public figure who is involved in a scandal, refuses to engage with the media, then it effectively gives us — the audience — license to think what we like and speculate wildly,’’ he said. “The prospect of gossip on Andrew circulating in supermarkets, at work and on social media is a horrifying prospect for the royals. But I suspect that’s exactly what’s going to happen.’′

The BBC interview is especially problematic because it comes at the end of a difficult year for the royal family, said Pauline Maclaran, author of “Royal Fever: The British Monarchy in Consumer Culture.”

Andrew’s nephews, Prince William and Prince Harry, have helped reposition the royal family for the modern world, appearing more accessible as they speak about their own mental health issues to help others and their charities. But that image has been dented recently as Harry and his wife, the former US television star Meghan Markle, spar with the press over privacy issues.

“It’s definitely tainting the brand at the moment,” Maclaran said of Andrew’s Epstein interview. “The trouble is that, if he was trying to be sincere, he did the royal thing: He didn’t show enough emotion. It doesn’t cut it in the social media age.”