Humans should remember they are part of nature and stop exploiting it to avert environmental and climate catastrophe, Britain's heir-to-the-throne Prince Charles said on Tuesday. 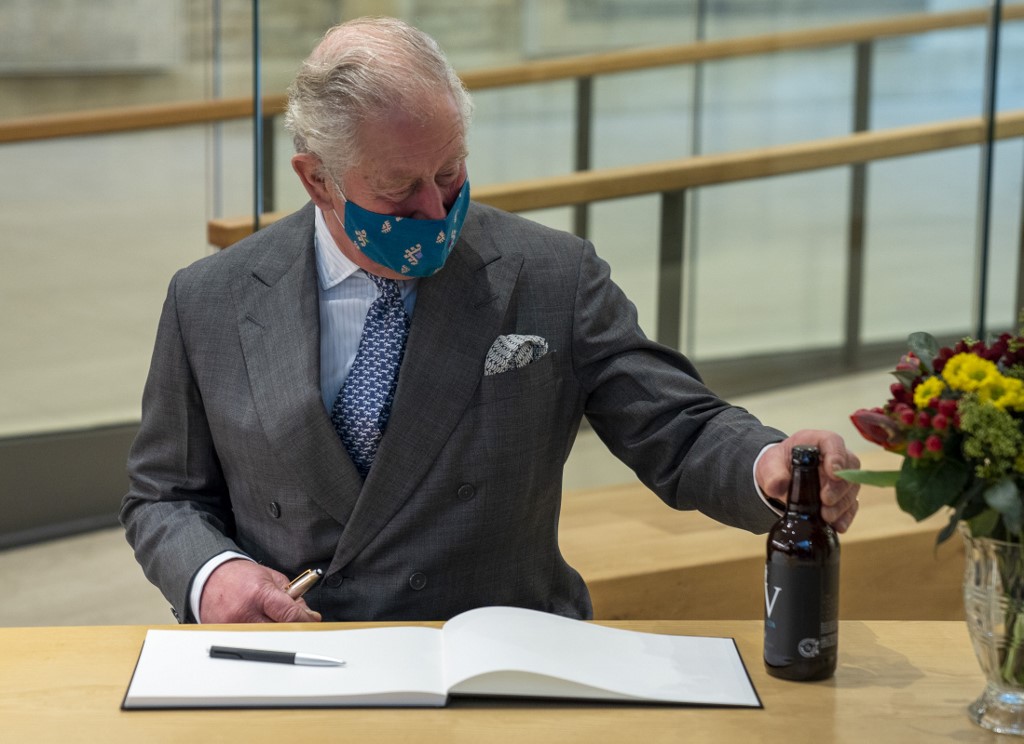 Britain's Prince Charles, Prince of Wales, wearing a protective face covering to combat the spread of the coronavirus, is given a bottle of beer during a visit to the Corinium Museum in Cirencester, south-west England, on December 18, 2020. (Photo: AFP)

Interviewed by Canadian novelist Margaret Atwood on BBC radio, he urged society to draw on how indigenous communities, such as Canada's First Nations people, treat the natural world with respect and seek to preserve it for future generations.

"It is high time we paid more attention to... the wisdom of indigenous communities and First Nations people all around the world," Charles said.

"We can learn so much from them as to how we can re-right the balance, and start to rediscover a sense of the sacred, because... Mother Nature is our sustainer."

Human beings are "a microcosm of the macrocosm" when it comes to nature, he added.

"But we have forgotten that, or somehow been brainwashed into thinking that we have nothing to do with nature and nature can just be exploited, but if we go on exploiting the way we are, whatever we do to nature - however much we pollute her - we do to ourselves. It is insanity," Charles said.

During the interview broadcast on BBC Radio Four's Today program, the royal - a long-time environmentalist - highlighted problems caused by the overuse of chemicals in farming and contamination of the oceans with microplastics.

Charles, 72, who launched an initiative to make markets more sustainable in 2020, said there had been a transformation recently as business started to understand the climate crisis.