Queen Elizabeth II has been left bereft at the death of her husband, Prince Philip, one of their sons said on Sunday, as prayers were said at memorial services across Britain. 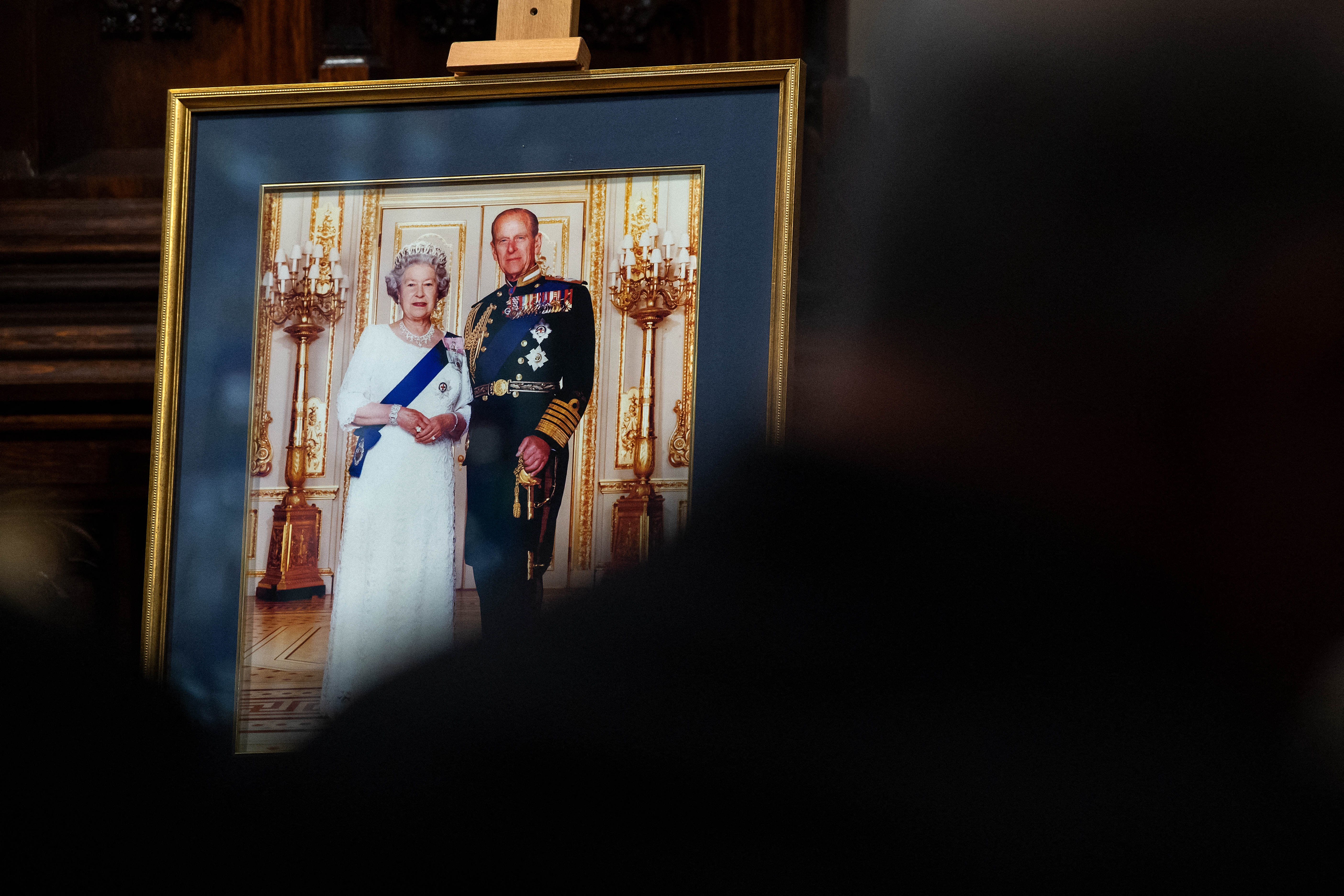 Prince Andrew said his 94-year-old mother was "incredibly stoic" but had been hit hard by the death of the Duke of Edinburgh at the age of 99 on Friday.

"She described it (his death) as having left a huge void in her life," Andrew said after a church service at Windsor Castle, west of London.

The Queen and Philip's second son described his father as "the grandfather of the nation" and said close family were "rallying round" his mother.

Andrew has been rarely seen in public since stepping back from royal duties in 2019 over his friendship with convicted sex offender Jeffrey Epstein.

The Duke of York's younger brother, Edward, Earl of Wessex, called his father's death "a dreadful shock", despite his recent illness.

Princess Anne, the Queen and Prince Philip's only daughter, said her father was her "teacher, my supporter and my critic", and she tried to emulate "his example of a life well lived and service freely given".

"We will miss him but he leaves a legacy which can inspire us all," said Anne, who was considered particularly close to her father.

The Queen's eldest son and heir, Prince Charles, on Saturday paid his own heartfelt tribute to his "dear Papa", saying he and the royal family missed him "enormously".

The comments came as the highest-ranking cleric in the Church of England that the Queen heads led prayers at a memorial service for the Duke of Edinburgh.

"For the royal family, as for every other, no words can reach into the depth of sorrow that goes into bereavement," said Archbishop of Canterbury Justin Welby.

Other senior faith leaders paid tribute to Philip, whose support for the Queen has been seen as crucial during her 69-year reign.

Prince Philip's death triggered eight days of national mourning, which ends with his funeral at St George's Chapel in Windsor Castle on Saturday.

Well-rehearsed plans for his funeral -- codenamed "Operation Forth Bridge" -- have had to be hastily revised because of coronavirus restrictions.

Public elements of the ceremony have been eliminated to avoid crowds gathering, while the congregation at the chapel is limited to just 30.

That has sparked huge speculation about whether the duke's grandson Prince Harry will attend, after he and his American wife Meghan quit royal duties last year.

Buckingham Palace on Saturday confirmed Harry's attendance but said Meghan, who is heavily pregnant with the couple's second child, would not travel on medical advice.

The couple, who now live in the United States, have launched a series of broadsides against the royals, including charges of racism and not looking after Meghan's mental health.

The service, which will be televised, will be keenly watched for signs of strain -- or reconciliation -- between Harry, 36, and his brother, William, 38, after a reported rift.

The brothers had been expected to meet in July for the first time since Harry moved to the US at the unveiling of a statue of their late mother, princess Diana, on what would have been her 60th birthday.

The Sun on Sunday newspaper said the pair would walk behind their grandfather's coffin in a funeral procession in the castle grounds, as they did as young boys at their mother's 1997 funeral.

The Sunday Telegraph newspaper said Harry rushed to find a flight as soon as he heard of his grandfather's death and was expected to return to the UK as soon as Sunday.

Britain's former prime minister John Major said the funeral was an "ideal opportunity" to repair the relationship between the brothers, because of their shared grief at the loss of their grandfather.

"I hope very much that it is possible to mend any rifts that may exist," he told BBC television.

Despite requests for the public not to pay their respects at royal palaces, a steady stream of well-wishers turned up at Windsor, and at the Queen's Buckingham Palace home in central London.

Police on Sunday erected barriers at the palace to further discourage people gathering outside.

At the palace, well-wisher Carl Sonnermann said Philip was "a major figure" and it was a "shame" people could not pay their respects publicly.

"I think he probably deserves a broader honour, but I think it's just the circumstances these days, and it's the right thing to do," he told AFP.