The Latest on Brexit (all times local):

Between 100 and 200 pro-Brexit protesters have started to march from northeast England to London, accusing politicians of "betrayal" by failing to take Britain out of the European Union. 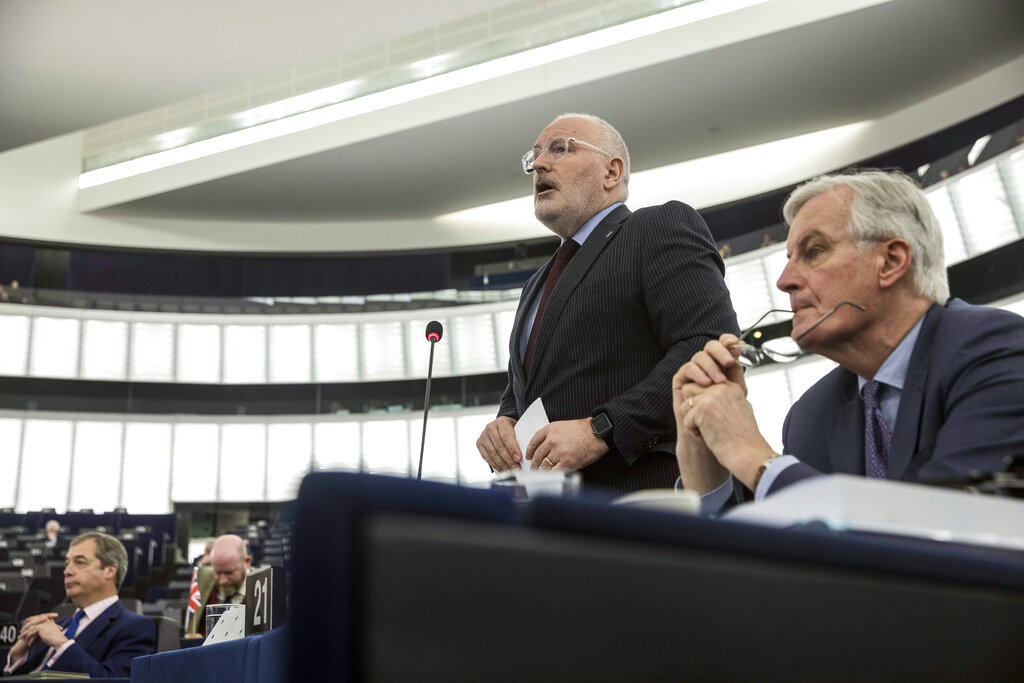 The UK's departure, due on March 29, is likely to be delayed as UK lawmakers wrangle over whether to approve a withdrawal agreement with the bloc. Parliament voted this week to seek a delay of at least three months.

A group of largely older protesters set out along a muddy coastal path from Sunderland, 270 miles (435 kilometers) north of London, shouting "Accept democracy" and "Rule Britannia." They plan to arrive at Parliament on March 29, though they are not covering the whole distance on foot.

Former UK Independence Party leader Nigel Farage, who joined marchers Saturday, said that "if politicians think they can walk all over us, we're going to march back and tell them they can't."

A senior European Union official is floating the possibility of a two-step delay to Britain's departure from the bloc, currently scheduled for March 29. 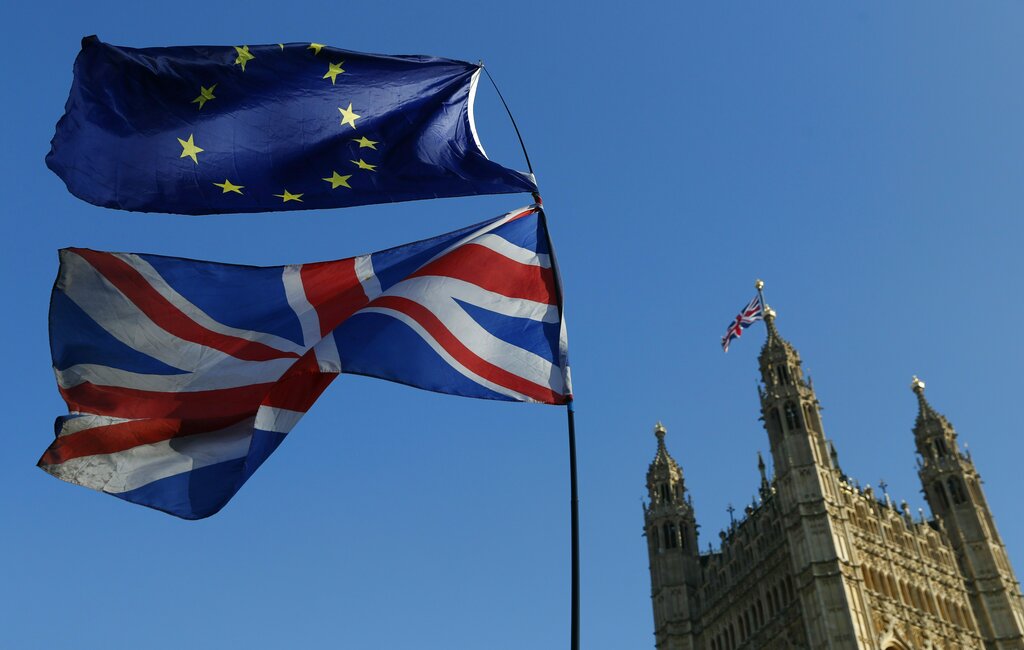 Feb. 27, 2019 file photo the flag of the European Union and the British national flag are flown on poles during a demonstration by remain in the EU outside spporters the Palace of Westminster in London.

Britain is expected to seek a short delay if lawmakers finally pass a twice-rejected EU withdrawal deal, or a longer one if they don't.

European Commission Vice President Frans Timmermans told Germany's Funke newspaper group in comments published Saturday that Britain must know why it needs a delay. He added that "as long as this isn't clear, Brexit can only be delayed for a few weeks, solely to avoid a chaotic withdrawal March 29."

Timmermans said: "During this time, the British must tell us what they want: new elections? A new referendum? Only after that can we talk about a several-month extension."