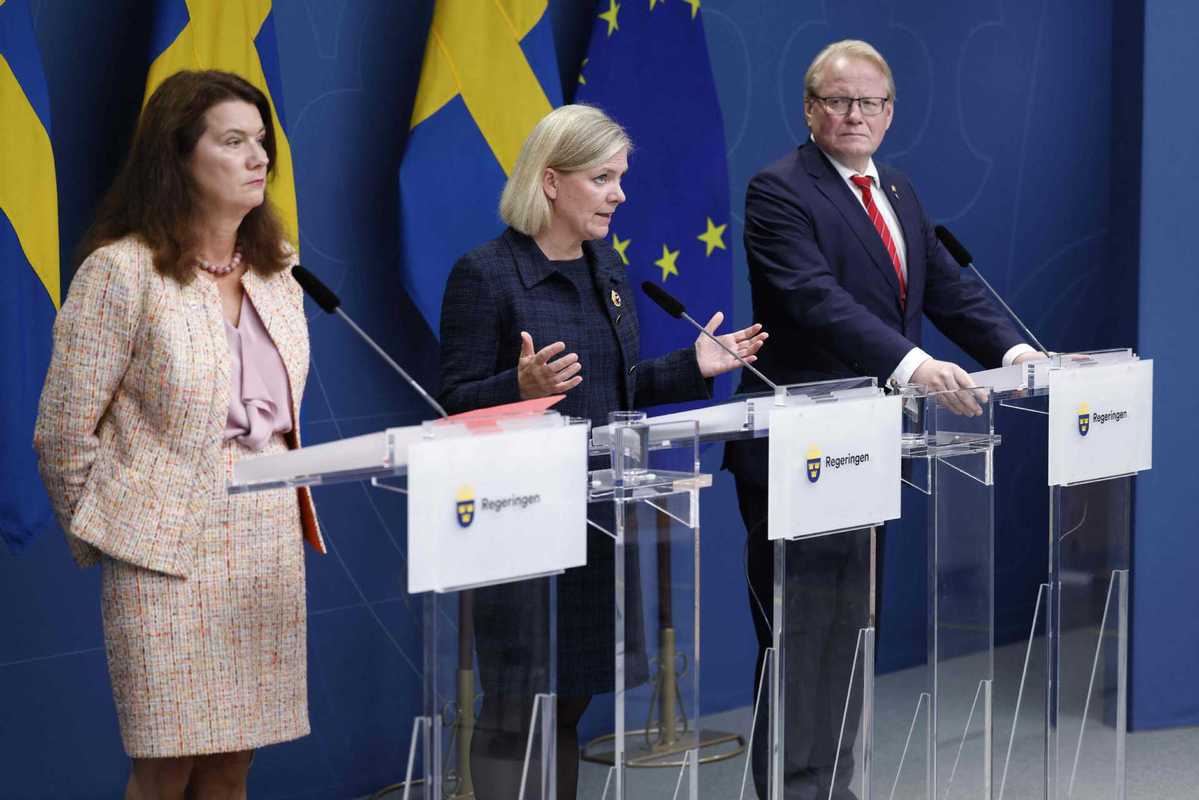 European nations are launching investigations into the cause of the leaks in the Nord Stream pipelines that link Russia and Germany through the Baltic Sea — already suspected by Scandinavian leaders to be acts of sabotage.

Germany's geological research center GFZ said that a seismograph on the Danish island of Bornholm, near where the leaks occurred, recorded spikes twice on Monday, the day when the Nord Stream 1 and 2 gas pipelines witnessed sharp falls in pressure.

The leaks reported are in Danish and Swedish maritime economic zones, not the nations' territorial waters.

Aerial photos by the Danish military show bubbling gas, with the areas in question ranging from 200 to 1,000 meters in diameter.

Danish Prime Minister Mette Frederiksen said that the authorities assessed that there have been "deliberate actions. It is not an accident".

Outgoing Swedish Prime Minister Magdalena Andersson said: "We have Swedish information and we have also been in touch with Denmark, and based on this, we have concluded that this is likely a deliberate act, that is, it is likely an act of sabotage."

Neither leader pointed fingers at any possible culprits.

Kremlin spokesman Dmitry Peskov said that Russia was "extremely concerned" by the reports of damage and that no option, including sabotage, could be ruled out at the moment.

"Obviously, there is a destruction of the pipeline. And what the reason is, there is no option that can be ruled out until the results of the investigation emerge," Peskov said.

Both the Nord Stream 1 and 2 pipelines were built to deliver natural gas from Russia to Europe. While Russian gas giant Gazprom halted supplies via Nord Stream 1 early this month for technical maintenance, Nord Stream 2, a new project, never started operations. Germany halted its involvement in the project following the Russia-Ukraine conflict, but the pipeline is filled with gas to prepare for possible use.

European Commission President Ursula von der Leyen on Tuesday called for authorities to "investigate the incidents, get full clarity on events and why".

European Commission spokesman Eric Mamer said: "We believe we do not have the elements in order to determine what is the reason for the leak."

US Secretary of State Antony Blinken said on Tuesday that the initial reports indicated an attack or some other kind of sabotage, but "we haven't confirmed that yet".

Yan Qin, an analyst at Refinitiv, said that the incident removed any possibility of gas flows resuming in Nord Stream 1 later this year or next year, adding that it was highly unlikely that Germany would agree to put Nord Stream 2 into operation.

"With zero supplies via Nord Stream now a factum, it will be challenging for Western Europe to fill gas storage next year, implying a prolonged period of gas shortages and elevated gas prices for Europeans," she told China Daily on Wednesday.