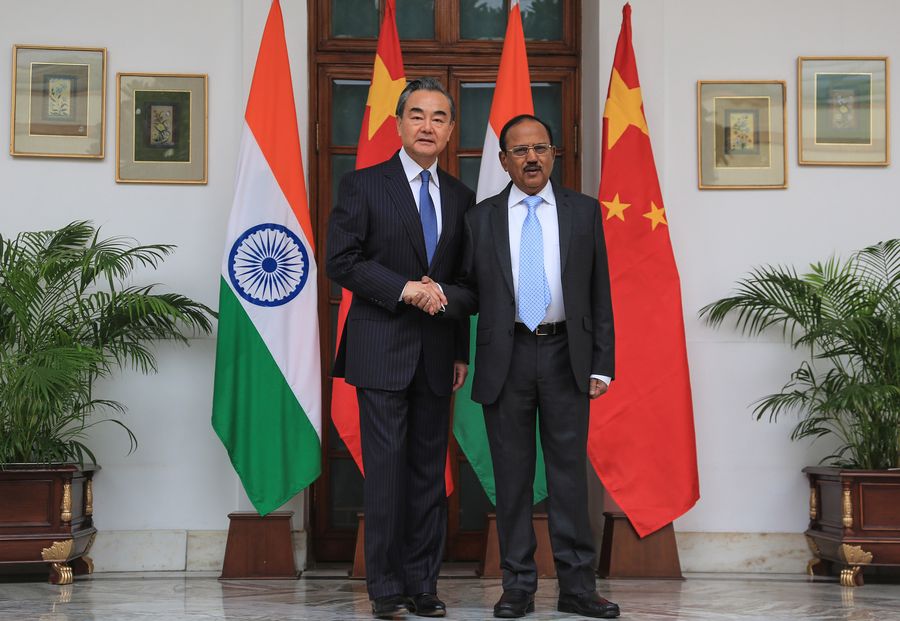 China and India reached consensus on confidence-building measures and cooperation in border areas during the 22nd Special Representatives' Meeting on the China-India Boundary Question on Saturday.

In the meeting, jointly held by State Councilor and Foreign Minister Wang Yi and Indian National Security Advisor Ajit Doval, the two sides exchanged views on the early progress in the border talks and agreed to formulate guidelines for maintaining peace and stability in border areas.

Wang, noting that the special representatives' meeting is a major channel for China-India border talks and an important platform for strategic communication, called for joint efforts to promote border negotiations and strive for a fair and reasonable solution acceptable to both sides.

He underlined the necessity of China and India further strengthening communication, jointly upholding multilateralism and safeguarding the just rights and interests of developing countries, as both countries are representatives of emerging market nations at a critical period in their national rejuvenation and state building.

Doval said the two countries should solve the border issues at an early date through dialogue and coordination to promote greater development of bilateral ties.

On Saturday, Indian Vice-President Venkaiah Naidu met with Wang, saying that India stands ready to work with China to jointly uphold peace and stability in the region and the world.

Naidu, also chairman of the Council of States, the upper house of Parliament, congratulated Wang on the progress made during the talks. He noted that the leaders of both countries have reached consensus on properly handling differences and sensitive issues so as not to allow them to escalate into disputes.

India is willing to take next year's 70th anniversary of the diplomatic relations between the two countries as an opportunity to bring their ties to a new level, he said.

Wang said the China-India relationship is facing new opportunities for development as the two countries will celebrate the 70th anniversary of their diplomatic relations next year.

The special representatives meeting was aimed at implementing the consensus between the two leaders, sorting out the important fields for cooperation and mapping out the development of bilateral relations next year.

In accordance with the political guiding principles on the Sino-Indian border issues, China has put forward a practical framework on solving the border issues, which has attracted India's attention, Wang said.

The 23rd Special Representatives' Meeting on the China-India Boundary Question will be held in China next year.