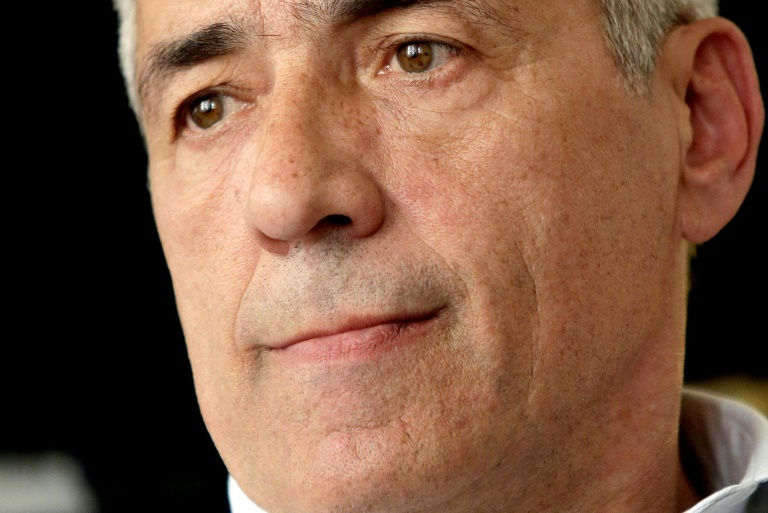 Prominent Kosovo Serb politician Oliver Ivanovic was shot dead in a brazen drive-by shooting on Tuesday that sparked fears of a resumption of ethnic tensions in the volatile region.

The assassination of Ivanovic -- who was facing a retrial on war crimes charges over the 1990s Kosovo conflict --  occurred on the very day that Belgrade and Pristina resumed EU-moderated talks on normalising ties after a hiatus of more than a year.

Serbian President Aleksandar Vucic described the murder as a "terrorist act" against "Serbia as a whole".

Both Serbian and Kosovo Albanian officials refrained from explicitly accusing each other of being behind the killing as the international community urged the two sides to remain calm.

Ivanovic, 64, was shot dead by gunmen firing from a car as he arrived at the headquarters of his party in the flashpoint town of Mitrovica at about 8:15 am (0715 GMT), police said.

The moderate politician, who had publicly spoken out against Belgrade's policies in Kosovo, was hit by five bullets and died on the spot, his lawyer Nebojsa Vlajic told AFP.

Kosovo President Hashim Thaci and the government in Pristina "strongly" condemned the assassination, as did US and UN representatives in Kosovo.

European Union foreign policy chief Federica Mogherini spoke with Thaci and Vucic and "called on all sides to show calm and restraint and allow the rule of law and justice to take its course," her office said.

After holding an emergency meeting of his national security council, Vucic told reporters Serbia needed to be "actively included in the probe".

"I am convinced that this is AN attack... (targeting) Serb people in Kosovo... and against Serbia as a whole," Vucic said.

And in Pristina, Kosovo premier Ramush Haradinaj was to meet with his national security council later on Tuesday.

Serbian Foreign Minister Ivica Dacic said the murder was a "serious blow" to the stability of the entire region.

"It is very important to preserve peace and stability," he told reporters in Podgorica during a visit to neighbouring Montenegro.

Following the assassination, the Serb-populated northern part of ethnically divided Mitrovica was unusually calm and its streets deserted. Dozens of citizens laid flowers and lit candles at the spot of the murder.

Public prosecutor Shyqri Syla told AFP it was not immediately clear who was behind the attack.

Police said they found a burnt-out car that was presumably used in the shooting.

- 'Serbs afraid to raise their voices' -

In 2016, an EU-backed Kosovo court sentenced Ivanovic to a nine-year jail term after finding him guilty of encouraging the killings of captured ethnic Albanian civilians in Kosovska Mitrovica in April 1999.

But in February last year, a Pristina appeals court quashed the sentence and ordered a retrial for Ivanovic, who had been in detention since his arrest in January 2014.

In May, the social-democrat politician and father of four told AFP his private car had been torched in front of his home, describing it as an attempt to silence him.

An Albanian speaker, which is rare for a Kosovo Serb, Ivanovic was in October elected a deputy on northern Mitrovica's municipal council, running against a Belgrade-backed party.

"Serbs are more afraid of Serbs than Albanians," Ivanovic said at the time. "Serb people are afraid to raise their voice" against Belgrade's policy.

Mitrovica is a town of 85,000 people where tensions remain high between the majority ethnic Albanian residents who number about 72,000 and the 13,000-strong Serb community,

A former Serbian state secretary for Kosovo, Ivanovic was a key interlocutor with NATO, the United Nations and later the EU after the war and was seen as backing dialogue with Kosovo's ethnic Albanians.

"Whoever is behind this attack… whether Albanian, Serb or any other criminals, they have to be punished, they have to be brought to justice," said the Serb government official in charge of Kosovo Marko Djuric in Brussels, where he was heading the delegation due to hold talks with Kosovo Albanians on Tuesday.

After the assassination, the Belgrade delegation walked out.

Under the auspices of the EU, following pressure from the international community, Kosovo and Serbia have been trying to normalise ties some 20 years since the start of the bloody war that claimed 13,000 lives, mostly ethnic Albanians.

The 1998-99 war between Serbian security forces and Kosovo Albanian guerrillas was ended by a NATO air campaign.

Predominantly ethnic Albanian Kosovo unilaterally declared independence from Serbia in February 2008 but Belgrade has rejected the move and still considers the breakaway territory as its southern province.