The trial of a former Minneapolis police officer charged in George Floyd 's death enters its third week Monday, with the state nearing the end of a case built on searing witness accounts, official rejections of the neck restraint and expert testimony attributing Floyd's death to a lack of oxygen. 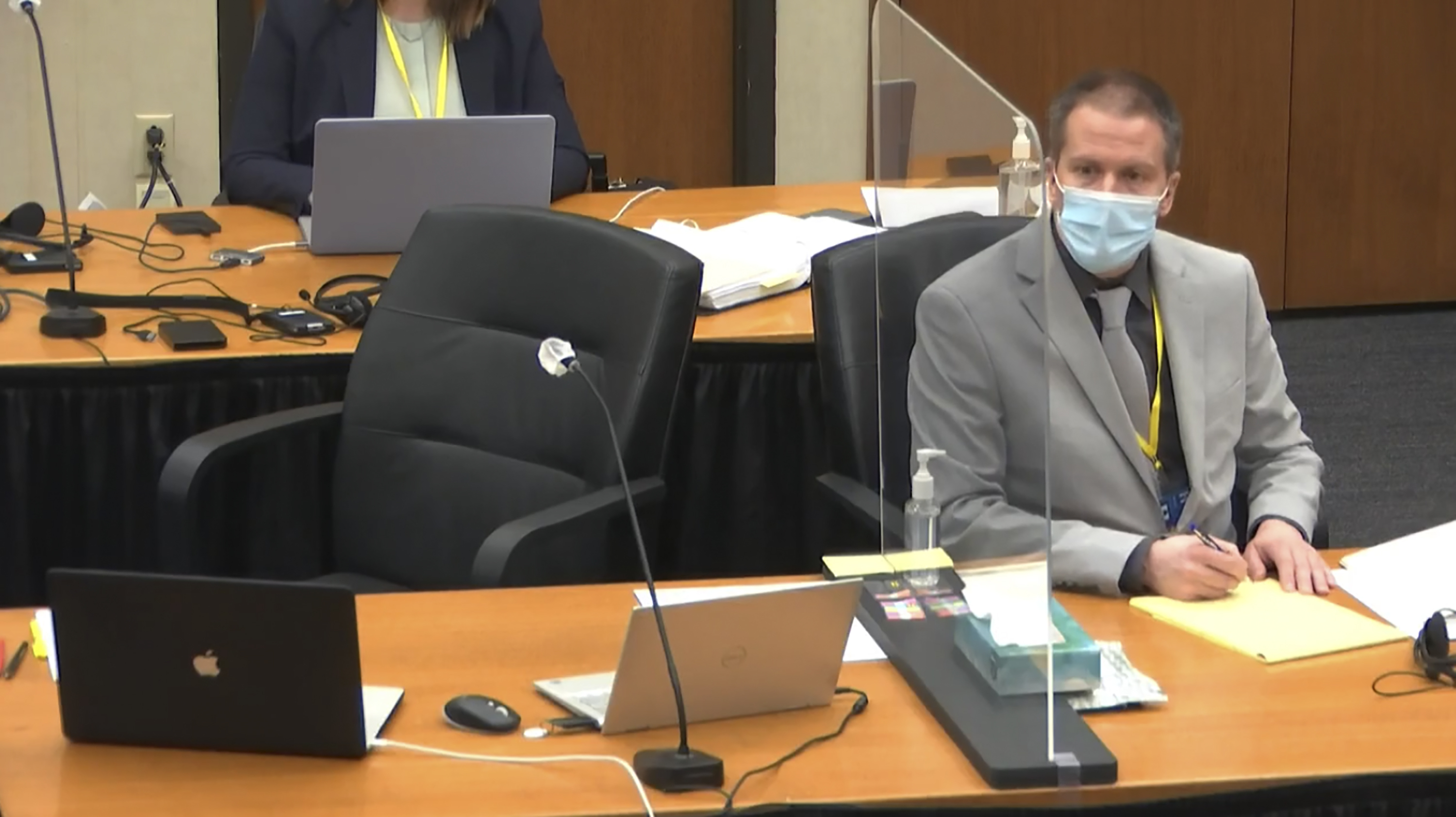 Derek Chauvin, 45, who is white, is charged with murder and manslaughter in Floyd’s May 25 death. Police were called to a neighborhood market where Floyd, who was Black, was accused of trying to pass a counterfeit bill. Bystander video of Floyd, pinned by Chauvin and two other officers as he cried “I can't breathe” and eventually grew still, sparked protests and scattered violence around the U.S.

Chauvin attorney Eric Nelson argues that Floyd's death was caused by drug use and underlying health conditions including a bad heart. He's expected to call his own medical experts after the prosecution wraps its case, expected early this week. Nelson hasn't said whether Chauvin will testify.

Prosecutors say Floyd was pinned for 9 minutes, 29 seconds. Police officials testified that while officers might sometimes use a knee across a person's back or shoulder to gain or maintain control, they're also taught the specific dangers for a person in Floyd's position — prone on his stomach, with his hands cuffed behind him — and how such a person must be turned into a side recovery position as soon as possible.

Prosecutors called a string of medical experts to testify that Floyd died due to a lack of oxygen, led by Dr. Martin Tobin, a lung and critical care specialist who walked jurors through graphics and charts and had them feel their own necks as he analyzed evidence from videos.

Tobin testified that other factors, not just Chauvin's knee, made it hard for Floyd to breathe: officers lifting up his handcuffs, the hard pavement, his turned head and a knee on his back. He pinpointed the moment when he said he could see Floyd take his last breath — and said Chauvin's knee remained on Floyd's neck another 3 minutes, 2 seconds.

“At the beginning, you can see he’s conscious, you can see slight flickering, and then it disappears,” Tobin said as he highlighted a still image from police body-camera video. “That’s the moment the life goes out of his body.”

Nelson sought to raise doubt about the prosecution's case. During testimony about Chauvin's use of the neck restraint, he sought to point out moments in video footage when he said Chauvin's knee didn't appear to be on Floyd's neck. And he again questioned officers about how a gathering crowd might affect officers' use of force.

A potential gap in prosecutors' case appeared Friday when Hennepin County's chief medical examiner, Dr. Andrew Baker, testified that the way police held Floyd down and compressed his neck “was just more than Mr. Floyd could take” given his heart issues.

Baker didn't attribute Floyd's death to asphyxia, as several prosecution medical experts did. And while he said that neither Floyd’s heart problems nor drugs caused his death, he agreed with Nelson that those factors “played a role” in the death.

Ted Sampsell-Jones, a law professor at Mitchell Hamline School of Law in St. Paul, Minnesota, said Baker's testimony might raise a reasonable doubt about cause of death, but that the legal standard for establishing causation is quite low. The state has to show only that Chauvin’s conduct was a substantial contributing cause.

“If the state had to show that Chauvin’s conduct was the sole or even primary cause of death, the case would be in real trouble,” Sampsell-Jones said.