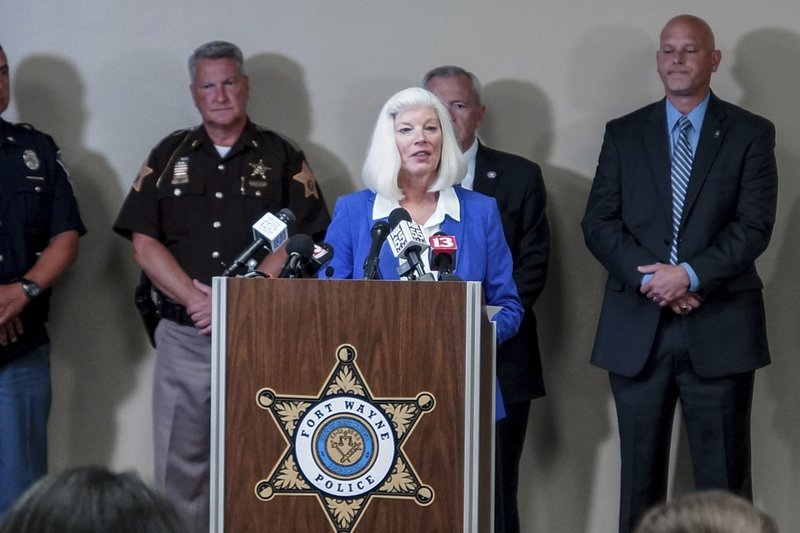 An Indiana prosecutor is crediting genealogy databases with helping identify a suspect in the 1988 abduction, rape and killing of an 8-year-old girl, saying criminals should be worried about these powerful new crime-fighting tools.

John D. Miller, 59, was arrested Sunday on preliminary charges of murder, child molestation and criminal confinement in the killing of April Marie Tinsley. He’s due to be formally charged Thursday.

Investigators examined genealogy databases in the search for Tinsley’s killer, according to an affidavit filed Sunday. California investigators used the same approach to arrest Joseph DeAngelo in April for dozens of rapes and 12 killings in the 1970s and 80s.

Richards declined to discuss details of the case during a Tuesday news conference, but she said DNA evidence coupled with publicly available genealogical data should worry criminals.

“This case should tell them something,” she said.

Tinsley disappeared after leaving her Fort Wayne home on April 1, 1988. She was found dead three days later in a ditch about 20 miles (32 kilometers) away.

Investigators said in the affidavit that Miller’s DNA matches DNA found on Tinsley’s underwear and on used condoms taken from trash at his home on July 9.

Miller’s DNA also matched DNA taken from three used condoms that were found in 2004 at locations in Fort Wayne and the adjacent town of Grabill along with messages the killer apparently left 16 years after the crime, the affidavit states.

Miller, who’s from Grabill, is being held without bond. Richards said Tuesday that Miller didn’t yet have an attorney.