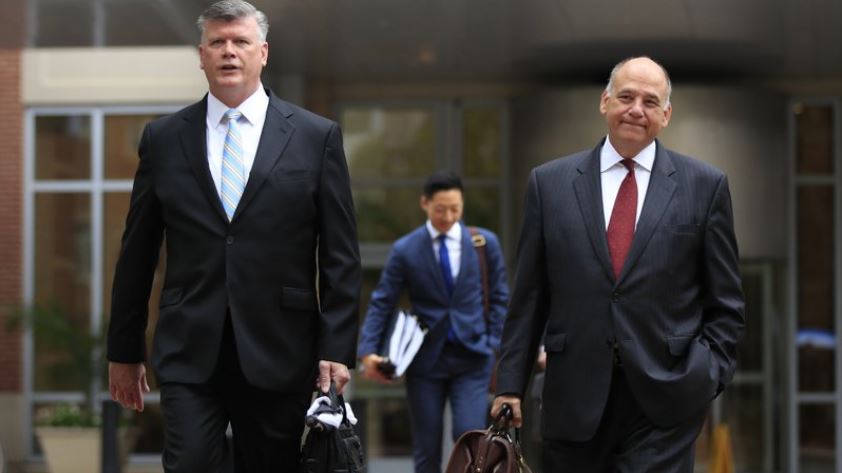 Prosecutors headed toward the heart of their financial fraud case against former Trump campaign chairman Paul Manafort on Friday, with jurors hearing testimony that he never told his tax accountants about offshore bank accounts containing millions of dollars.

The testimony of longtime accountant Philip Ayliff builds on evidence presented by special counsel Robert Mueller’s team that Manafort inflated his business income by millions of dollars and kept his bookkeeper in the dark about foreign bank accounts he was using to buy luxury items and pay personal expenses.

Ayliff told jurors that Manafort denied on multiple occasions that he controlled foreign bank accounts when asked by his tax preparers. That’s why the accounts weren’t reported on years’ worth of Manafort’s tax returns as required by federal law, he said.

Ayliff also testified that he sometimes communicated with longtime Manafort deputy Rick Gates about the former Trump campaign chairman’s personal and business tax returns. But he says Manafort authorized those discussions, and Gates and Manafort never contradicted each other.

That testimony is important to prosecutors as they look to rebut defense arguments that Manafort can’t be responsible for financial fraud because he left the details of his spending to others. Those include Gates, who pleaded guilty earlier this year and is expected to testify soon as the government’s star witness.

Bookkeeper Heather Washkuhn testified earlier in the trial that Manafort approved “every penny” of the personal bills she paid for him and was very knowledgeable about his finances. But he also never told her that millions in foreign wire transfers were coming from companies prosecutors say he controlled.

“I would say he was very knowledgeable,“Washkuhn told jurors. “He was very detail-oriented. He approved every penny of everything we paid.”

She also described documents submitted by Manafort to obtain loans. Prosecutors say the documents inflated the net income of his business by roughly $4 million, and they say he tried to pass them off as coming from her accounting firm.

The fraudulent loan documents came after Manafort’s political consulting work in the Ukraine had dried up and as he had begun to financially struggle, prosecutors say. Washkuhn told jurors about a series of emails she sent him in 2016 warning that he was behind on his payments, including to her.

Manafort faces charges of bank fraud and tax evasion that could put him in prison for the rest of his life. It’s the first courtroom test of Mueller’s team, which is tasked with looking into Russia’s efforts to interfere with the US election and whether the Trump presidential campaign colluded with Moscow to sway voters.

While the question of collusion remains unanswered, Manafort’s financial fraud trial has exposed the lucrative and secretive world of foreign lobbying that made Manafort rich.

Other witnesses testifying this week said Manafort paid them millions from the offshore accounts tied to foreign shell companies for landscaping, expensive clothing and even a karaoke machine.

When prosecutor Greg Andres read off some of the offshore companies to Manafort’s bookkeeper, she said Manafort never told her about them. She said she would have documented them for tax purposes if he had.

On cross-examination, Manafort attorney Thomas Zehnle tried to get Washkuhn to say Gates was heavily involved in approving expenses. The Manafort legal team has been working to convince the jury that Gates is to blame rather than their client.

But Washkuhn said that while Gates dealt with some business matters for Manafort’s consulting firm, “mainly Mr. Manafort was the approval source.”

The federal judge overseeing the trial has questioned the hundreds of exhibits prosecutors want to submit as evidence of Manafort’s lavish spending.

US District Judge T.S. Ellis III said the money is relevant, but he doesn’t see the need for prosecutors to “gild the lily,” especially considering Manafort’s lawyers have not disputed that their client spent his money on luxury items.

Prosecutors told Ellis they expect to rest their case next week, noting that they are ahead of schedule.

Manafort has a second trial scheduled for September in the District of Columbia. It would address allegations that he acted as an unregistered foreign agent for Ukrainian interests and made false statements to the US government.