A protest against US-led military strikes on Syria is being planned for Saturday afternoon in the US western state of Oregon, a non-profit organization announced. 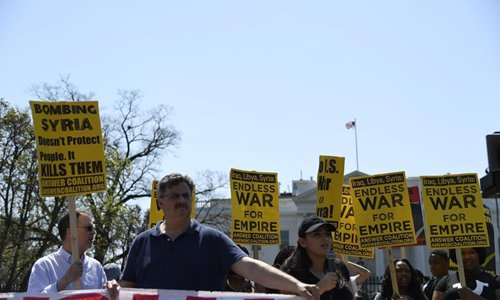 People protest against U.S. strike on Syria outside the White House in Washington D.C., the United States, on April 14, 2018. The United States launched precise strike in cooperation with Britain and France against Syrian military facilities on Friday. (Photos: Xinhua)

Peace and Justice Works of Portland, an Oregon non-profit organization advocating for peace, justice, the environment and human rights in the US western state, said it is organizing an "emergency demonstration" to protest the US bombing of Syria on Friday. 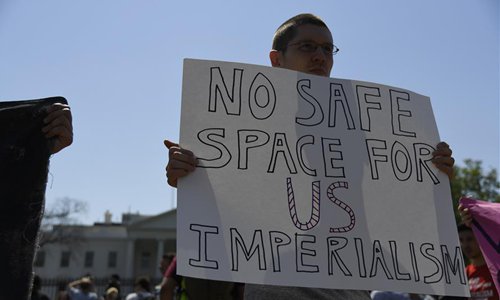 "The US has no United Nations authorization, much less (US) Congressional authority, to wage war on the government of Syria," it said in an announcement.

"With the presence of the Russian military, engaging in such reckless violence is extremely dangerous," it added. 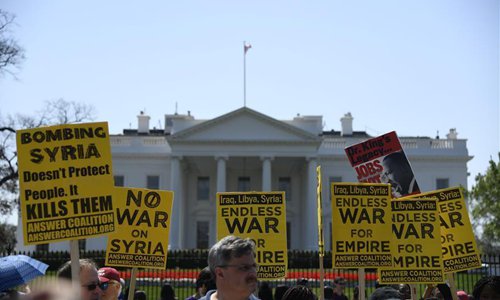 On Friday, US President Donald Trump ordered the US forces to launch missile strikes on targets in Syria for Syria's alleged use of chemical weapons against civilians in the country. 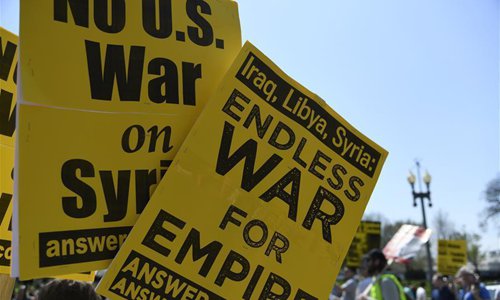 Russia has reacted strongly to the air strikes and warned of "consequences."