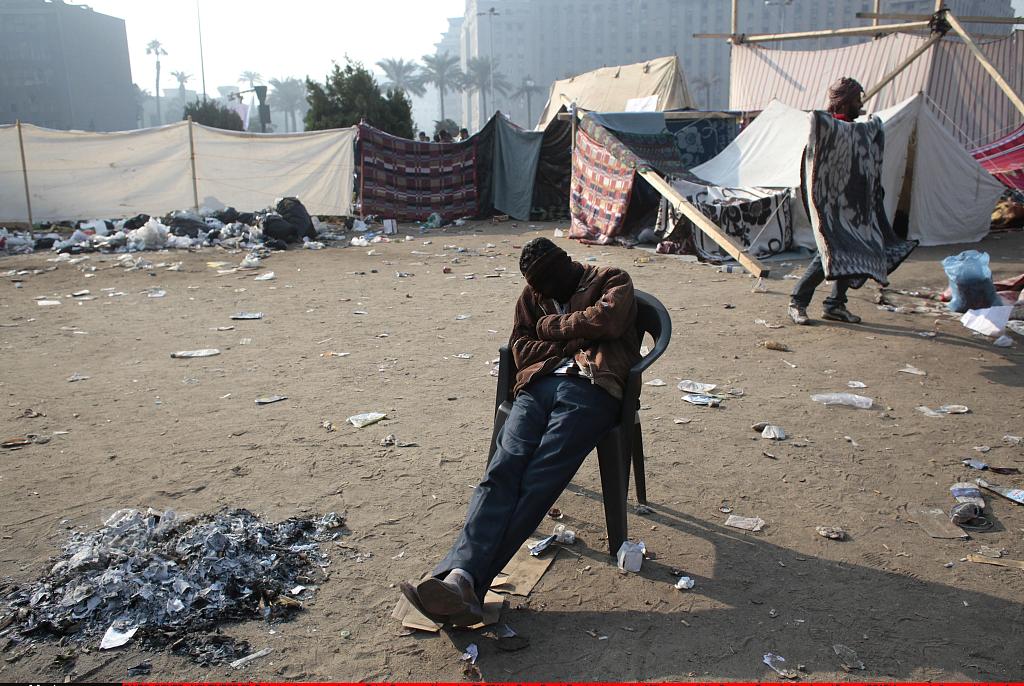 Protester sleeps in a chair on Tahrir Square on November 22, 2011 in Cairo, Egypt. (File photo: VCG)

Cairo (People's Daily) -A protester was reportedly arrested by police in Egypt’s Tahrir Square after calling for the country’s President Abdul Fattah al-Sisi to resign on Friday.

An online video showed the protester being led away by police after staging the demonstration on his own. The protest was reportedly triggered by train crash in a Cairo train station this week in which at least 25 people were killed.

“I am in Tahrir Square and God willing people will come today and protest for the blood that was spilt yesterday,” said the man, who was identified by pro-Islamist website Rassd News Network as Ahmed Mohie, a local pharmacist, according to the British news portal independent.co.uk.

On February 28, some Egyptian netizens called on Twitter for a return to Tahrir Square, where the 2011 Revolution was first sparked against the long-ruling Hosni Mubarak. Soon afterwards, some Egyptian media accused the opposition Muslim Brotherhood party of circulating such rumors to take advantage of the tragic accident.