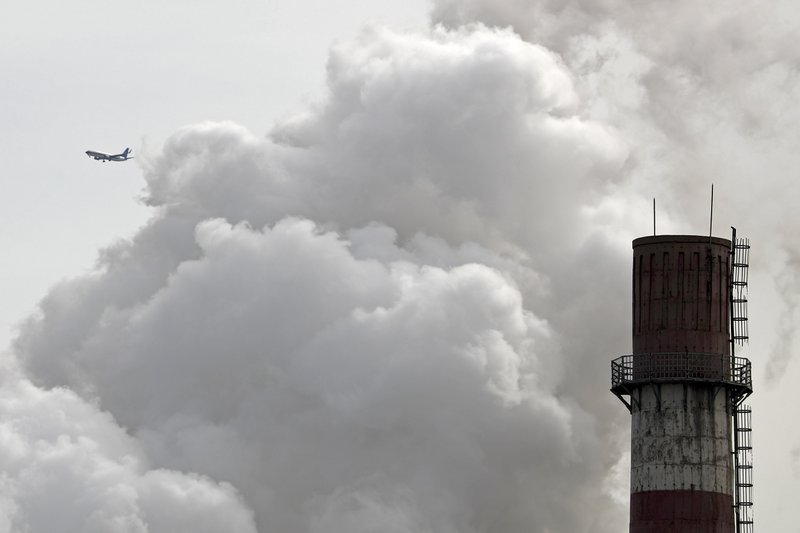 About 200 protesters have disrupted a U.S. government-hosted event on coal and nuclear energy at the U.N. climate talks in Germany.

The mostly young protesters stood up 10 minutes into the event in Bonn and began singing an anti-coal song to demonstrate against the use of fossil fuels.

The event late Monday was the only one organized by the U.S. delegation at the talks.

The American delegation is being closely watched by representatives of the other 194 nations present attending the negotiations because of President Donald Trump’s announcement that he wants to quit the 2015 Paris climate accord.

Before the panel, which featured U.S. government advisers and energy industry representatives, the governors of Oregon and Washington told reporters that Trump’s rejection of climate change was “a dead end.”

A report released Monday indicates that carbon pollution rose in 2017 after three straight years when emissions levels didn’t go up at all.

Mohamed Adow, a climate campaigner at Christian Aid, said learning that “we’re actually pumping more carbon dioxide into the atmosphere than ever is shocking and shows the coming cuts needs to be even steeper and deeper.”

He called for the use of carbon-heavy use of coal to be replaced by renewable sources quickly.

Lauri Myllyvirta, an energy analyst at Greenpeace, noted that along with increased coal consumption in China, Europe and the United States also failed to reduce emissions fast enough this year.

Talks aimed at agreeing the rules countries have to play by in global efforts to curb climate change are going into their second week, with observers hoping that a meeting of ministers Wednesday will provide a political boost.

Diplomats, environmentalists and businesses from 195 countries are thrashing out details to implement the 2015 Paris climate accord during the Nov. 6-17 talks in Bonn, Germany.

While big decisions won’t be taken until next year’s meeting in Poland, negotiators need to make progress, including transparency and setting new emissions targets to meet the goal of keeping global warming significantly below 2 degrees Celsius (3.6 Fahrenheit).